Benefits of Humus and Compost for Small Gardens

Most gardeners know that compost and humus are great for their garden. However, they may not exactly know if both these are the same or different, and if they are different, what the differences are.

Well, gardeners should remember that compost and humus are ‘not’ the same – they are "different"! In order to get benefited from both these, they should understand the differences between them and their formation and their benefits to the garden. 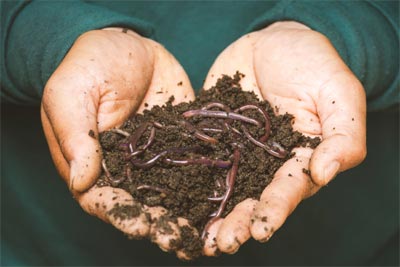 It should be remembered that both compost and humus are produced from the decomposition of organic materials. As one may know, “organic” means anything that contains carbon.

Organic materials include plant materials such as grass clippings, fallen leaves, pruned or broken branches, and even kitchen trash such as peels and other discarded parts of fruits and vegetables, roots and stems of leafy greens, and uneaten or spoiled foods.

Although both compost and humus are produced from decaying organic matter, the processes of their formation differ from each other.

Compost is formed in nature by building up materials like leaves on the forest floor, whereas making compost artificially involves accumulating the material in a specific area and then simply leaving it to let the process go on. In the end, a rich compost full of nutrients that are released by microbes is formed that can be used by plants.

Formation of Humus: Once aerobic decomposition is complete, a new process starts. This takes place also by further decaying of organic matter that plants cannot use immediately. However, this takes place in the absence of oxygen.

Therefore it’s known as anaerobic decomposition. It’s also known as humification. The resultant product is mostly made of carbon and may also contain humic acid, humin, and fulvic acid. This can’t be broken down further and is very stable, and this is what is called humus.

The best place to find humus in nature are forests where it has been left undisturbed for decades.

Humus in nature is also formed in swampy areas as the standing water seals out oxygen and the anaerobic environment is formed necessary to form humus. Microbes digest the source material through fermentation.

When humus is formed, methane is also formed in the fermentation process. The gas has an unpleasant odor and it may even change the surrounding climate.

At home, humus can be formed by placing the materials in a plastic container along with some water.

Almost all gardeners roughly know that composting is beneficial to their garden and so, they start composting. However, most of them don’t know how to identify what their compost is ready or how the ready compost looks like.

Well, finished compost looks like rich, dark brown, crumbly soil and smells like fresh earth and doesn’t contain big chunks of organic matter and doesn’t smell like rotting vegetables. One can know if their compost is finished if it’s completed all the phases of composting, viz. mesophilic, thermophilic, cooling, and curing, and stops generating heat. It should not look like its original organic materials. If a half-finished fruit or vegetable is found in it, it means that the compost is not finished yet.

Although the curing phase is the last one in the process, it may take the longest among the 4 phases i.e. anywhere from 1 month to a year and is crucial to change the smell and temperature of the compost. When this phase is finished, the compost smells earthy and stops emitting heat. Only such finished compost should be added to the garden area, or else unfinished compost is added to the garden can even kill nearby plants by changing the environment.

Fully humified humus, on the other hand, looks uniformly dark and spongy. It doesn’t have any determinate structure or shape. Humus actually acts as a colloid. Colloids are substances made of several particles suspended in a medium. In the case of humus, this medium is gel-like.

A unique characteristic of colloids is that their surface is made of negatively charged particles and as nutrients like calcium, magnesium, and potassium are positively charged, they are attracted to the humus surface, and get attached to it and plants can take them in whenever needed. Thus, humus acts like a slow-release fertilizer. 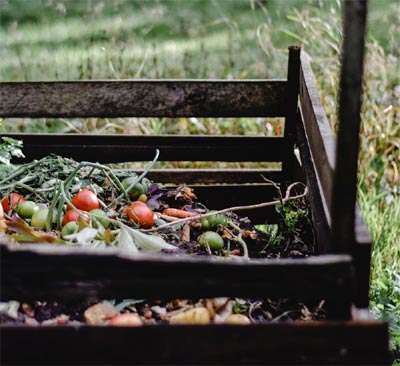 Compost and humus are different even when it comes to their usage.

Properly formed compost is normally moist but not wet; so, it’s light enough to enable one to scoop it easily by hand or a shovel. It can also be used right away and doesn’t take time to be able to use.

The effect of compost on plants is also seen right away as the nutrients and carbon in it are used immediately by plants for their growth, whereas the material itself promotes air circulation in the soil, which further promotes good drainage of water and better penetration of roots.

Humus may be present in one’s garden soil due to the slow decaying of compost. It takes back the carbon in the original compost; however, by the time it truly turns into humus, the other nutrients are used up. Thus humus can be considered as a byproduct that can provide carbon to plants.

However, humus is not totally useless. It has many benefits as mentioned further below. But compost has immediate benefits and forms enough humus to be used by plants in the long run.

Compost Vs. Humus – Side Effects

Forming compost is the best option for gardeners living in cities, especially in subdivisions, condos, and dense downtown areas because one can make compost inside a specialized pit or container and it creates no odor, no runoff, no methane, or no other type of upsetting byproduct. Thus, one never disturbs their neighbors by composting.

Humus on the other hand forms an unpleasant odor that can disturb one’s neighbors. The odor becomes even more disturbing when the ready humus is spread around the garden.

Also, since its formation involves the addition of water, it leaves back a large amount of smelly water that can be difficult to dispose of without coming to neighbors’ notice. Therefore if one is living in a cityscape, as humus is produced naturally anyway, it’s a good idea to add compost to that process.

Compost can be added to the soil or used as mulch or as a planting media and it has many benefits in every application.

As such, compost contains a range of nutrients that plants need. But one can get their compost tested to find out what other nutrients they should add to it as needed by specific plants.

Compost also brings the pH level of the soil to neutral. This brings nutrients availability to plants to an optimum level. 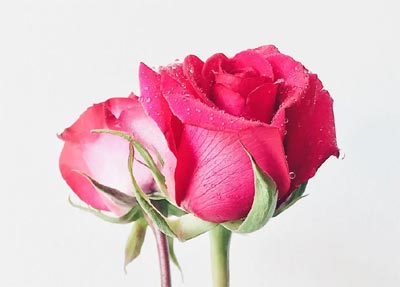 Compost forms something called aggregates. These are soil particles bound together. These form tiny air channels and pores that can hold air, water, and nutrients better. Thus, if added to sandy soil, compost helps the soil retain water and nutrients.

On the other hand, compost also loosens soil particles that are tightly bound together in silt or clay types of soil. This allows roots to spread, air to penetrate and water to drain. Compost also changes soil structure in such a way that erosion is reduced.

Compost also holds nutrients in the soil neither too tight nor too loose. Hence they don’t get washed out and are also available to plants whenever they need them.

Useful to Beneficial Organisms in Soil

Organisms, including bacteria, fungi, worms, and insects, in soil are beneficial to plants. They decompose organic matter to release nutrients for plant use. Exudates released by them form lumps of soil which prevent erosion and promote air circulation. Even their burrows promote air circulation. Over a long period, they form a network in the soil that is beneficial to plants.

Compost acts as food for these organisms. Bacteria break down the compost and release nutrients, whereas some bacteria trap nitrogen in the air and convert it to nutrients that plants can use and avail nitrogen.

Compost improves the soil’s ability to retain water. It also prevents runoff that pollutes waterways by carrying fertilizers, pesticides, insecticides and soil towards the nearby water bodies. Compost helps plants to develop a healthy root system that reduces erosion. Compost can decrease or eliminate the need of synthetic fertilizers.

Since compost can help the growth and development of microorganisms that can protect plants from pests and diseases, it can decrease the need of chemical pesticides.

Humus also has more or less the same benefits to gardens as compost has; compost only offers the benefits more quickly.

Prevents Nutrients in the Soil from Getting Washed Away

Micro and macro organisms in the soil constantly break down the organic matter and release nutrients from it in the form that plants can absorb and use for their growth. Active humus (humus that is still in the process of getting broken down) has the capacity of holding excess nutrients (due to its colloidal nature, as mentioned above) so that plants can use them when needed.

Binds up Heavy Metals and Other Toxins in the Soil

Humus also has the capability to trap heavy metals and other toxic substances in the soil so that they can’t be absorbed by plants; so, plants are protected.

While active humus is like a slow-release fertilizer that keeps feeding the plants, stable humus (which breaks down only over hundreds of years) enhances soil structure.

Humus is spongy, light, and soft. Because of this nature of humus, it promotes air circulation through the soil. Air circulation is of utmost importance because without air, plants’ roots are smothered and their ability to absorb nutrients in the soil is restricted.

Also, humus is formed by breaking down organic matter by microbes. During this process, the microbes secrete gums which bind soil particles together and form crumb-like structures. This type of structure allows plant roots to penetrate deep into the soil more easily.

Humus is dark, almost black in color due to which it absorbs the sun’s heat more than soils having light colors. This makes it easier for gardeners to start their gardening tasks earlier in spring. 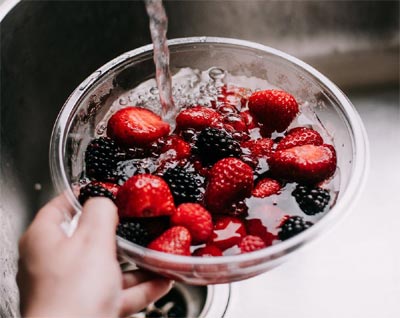 Organic materials like compost and humus are very beneficial for garden soil. However, creating one’s own compost is relatively easier and cleaner, and less disturbing to others. Also, the resulting product is much simpler to handle and use.

Humus on the other hand involves bad odor and climate change and can cause social issues. Moreover, humus is naturally formed with the formation and addition of compost; therefore it’s not absolutely necessary to produce one’s own humus. In fact, healthy soil will form enough amount of humus.

However, if one has a private yard where they can make their own humus without disturbing other people, they can do so.