If there’s one thing that’s endlessly entertaining about owning Bearded Dragons, it's watching them eat. Bearded Dragons are like chickens, with one eye on each side of their heads. That means they have to turn their head sideways to see their food, and they are more than happy to gobble up some blackberries.

It's perfectly fine to feed your Bearded Dragons fruit, blackberries included. However, too much of a good thing will eventually block the calcium absorption that Bearded Dragons desperately need. 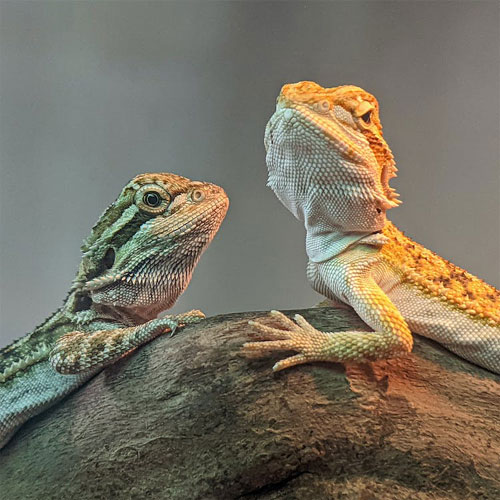 Besides the calcium-blocking side effect, Blackberries are a good source of nutrition for Bearded Dragons. They also contain water, which Bearded Dragons often have trouble drinking directly from a bowl or saucer.

Frequently, Bearded Dragon owners get frustrated with their pets' inability or seeming disinterest in drinking water from a bowl. They get around this by sprinkling water on leafy greens that Bearded Dragons like to eat, such as Kale.

Blackberries help with this too. They aren’t the most waterfilled of all the fruits out there, but they do have some water in them, which will help keep your little reptile friend nice and hydrated.

Blackberries also contain vitamins A, C, and K—all three of which are highly nutritional to Bearded Dragons, just like they are to us. Also, like us, Bearded Dragons get a boost to their immune system thanks to Vitamin C and A.

Blackberries also contain antioxidants, which help cleanse any free radicals from your Bearded Dragon, just like they do for you. The health benefits a Bearded Dragon receives from Blackberries don’t end there. 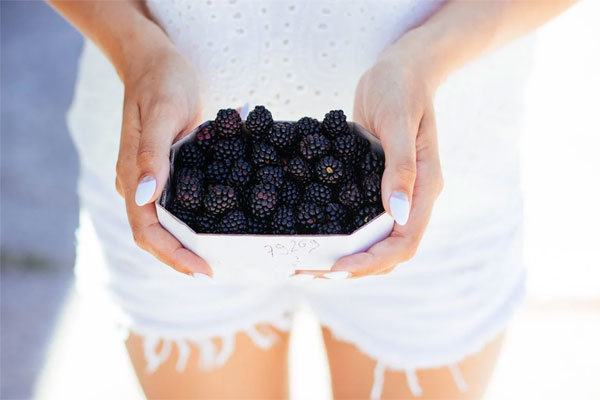 This is where the problems lie when it comes to feeding Bearded Dragons Blackberries. Calcium absorption is even more important for them than it is for us. They are made for harsh environments where the sun is nearly constant.

Calcium absorption for Bearded Dragons is achieved in several ways. First and Foremost is their exposure to UVB lights. Their body converts the absorbed light (Vitamin D3) into something it can use in the form of calcium.

Too many Blackberries or introducing them to your Bearded Dragon’s diet far too often will lead to bone issues later down the road. That doesn’t mean that you should take Blackberries off the list, however, which leads us to our next point.

Can You Give a Bearded Dragon Too Many Blackberries?

Bearded Dragons love fruit, and Blackberries are no exception. They will gobble them up with glee, along with the next helping and the next. Blackberries have an unfortunate side effect, and that means you should keep them limited.

Phosphorous binds to calcium, and once they are bound, the calcium is no longer something their bodies can absorb. Fortunately, the phosphorous in Blackberries is not enough to absorb all of the available calcium a Bearded Dragon takes in.

Once the phosphates are done, there is still some calcium left over. However, if you keep giving them Blackberries, the ratio of calcium to phosphate will be so small with the former, compared to the latter, that the Bearded Dragon will start to suffer the effects of low calcium in the long term.

How Often Should You Treat Your Bearded Dragon to Blackberries?

You should only give your Bearded Dragons Blackberries to eat once every two weeks, and that’s if you give them the absolute maximum amount. You should avoid exceeding that rate at all costs.

To add to that, you should avoid making it a regular thing. In other words, feed them Blackberries once every two weeks for a month or two. After that, stop for a little while. Give them a month's break before you decide to start with them again.

There is another feature of Blackberries that doesn’t get enough attention in Bearded Dragon circles - sugar. We are learning in the modern era of the food industry just how unhealthy far too much sugar in our diets is.

Blackberries contain good, natural sugars but too much of a good thing is a bad thing. When it comes time to give Blackberries to your Bearded Dragon, they should only get a maximum of three at a time and no more.

The sugar in Blackberries is pretty intense to a Bearded Dragon, and that’s why they love it, just like we do. However, unless your Bearded Dragon gets plenty of exercises, it has no way of burning off all that sugar.

You also have to worry about giving them too much water. Bearded Dragons don’t process water as we do, and there is such a thing as excess water in a Bearded Dragon’s system. 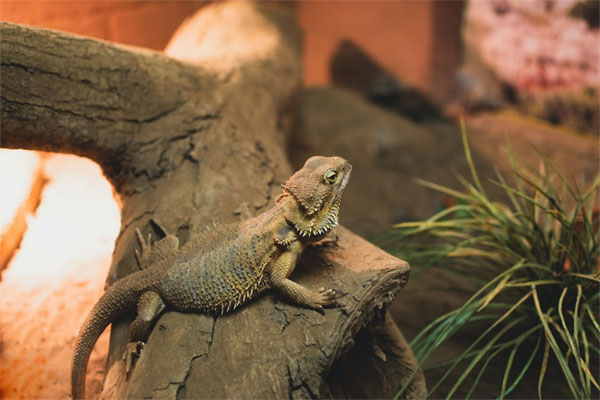 Blackberries are not just a source of concern over sugar and phosphorous. Oxalates also bind to calcium. This compounds the problem with calcium absorption from the phosphorous.

Like phosphorous, oxalates don’t do quite enough to cancel out the calcium completely, but they last longer in the body and continue to bind to calcium long after the phosphorous has been expelled.

One of the major concerns with Bearded Dragons, especially once they are getting into their senior and late adult years, is Metabolic Bone Disease.

Deforming their skeletons and creating an unhealthy tendency to break and twist their bones, Metabolic Bone Disease is something you want to avoid in your Bearded Dragon.

How to Give Your Bearded Dragons Blackberries

Introducing Blackberries into your Bearded Dragon’s diet is perfectly fine, especially if they already lack a fruit diet and a diet high in water content. The first time you do it, take it easy—only give them a few pieces or just two.

Organic Blackberries are the best option since the potential lingering herbicides, hormones, and fertilizers are far more difficult for a Bearded Dragon to handle, thanks to their low mass in comparison to ours.

Avoid feeding your Bearded Dragon Frozen Blackberries. Be sure to thaw them out first because they are a potential choking hazard in their frozen state. Always rinse them off very well before you feed them to your Bearded Dragon, just like you would before consuming them yourself.

Each half of a single blackberry count as two for their twice-a-month treat. You can present the Blackberries to them in whatever way you like. Alone, the Bearded Dragons will catch the scent quickly and come running.

You can also mix the Blackberries in with whatever it is you are feeding them today. Mixing it with Kale will provide the Bearded Dragons with a much more interesting and flavorful meal than it would have been without. 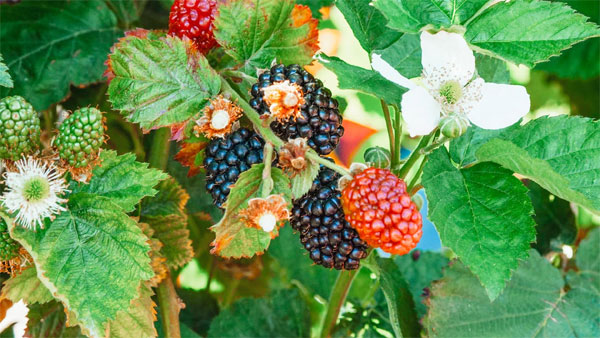 When it comes to all the rest, there is simply no telling if anything happened to the Blackberry or what they have been exposed to while growing. This is especially true for those Blackberries you see growing alongside the road.

People walk by those Blackberries all the time, throwing out their trash, spitting, and a number of other things. That’s not to mention the animals and what they might do, especially stray dogs and cats or even vermin like rats, armadillos, possums, and raccoons.

The occasional Blackberry or two is perfectly fine as a rare treat for your Bearded Dragon. Two, possibly three at most, is all you should give them, however, and avoid feeding them Blackberries more often than once every two weeks or more.