Many can owners wonder if they can give the watermelon to their cat - watermelon is refreshing and a great tasting fruit for humans, but what about cats?

Well, for short, it is safe to give watermelon to the cat, but the important thing is to follow a few simple rules and to keep the amounts in moderation.

This fresh summer fruit is not only able to hydrate and give refreshment to our four-legged friends, but it also contains vitamins, minerals, and antioxidants that can be very beneficial for the cat. 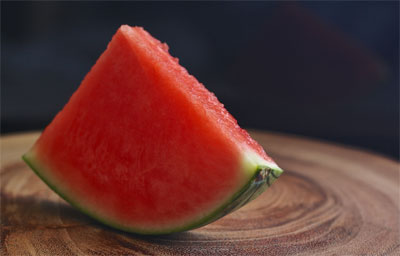 Watermelon is one of the most favorite summer fruits, loved by young and old alike and enjoyed for its sweetness, fragrance, aroma, and fresh flavor.

Watermelons offer many health benefits to humans, and dogs, but also for cats - they are rich in some vitamins and minerals, combined with many antioxidants.

But, watermelon also contains dietary fibers and sugars (6g per 100f of fruit) and other nutrients that cats are simply not used to eat often - they are carnivorous, remember!

Lycopene is an important carotenoid that gives the watermelon its red color. Also, its regular intake prevents numerous cardiovascular diseases, hypertension, and prostate cancer and boosts the immune system.

Note: nutritional data of watermelons vary depending on the variety, season, growing conditions, etc. - these are general values.

What makes the watermelon so valuable for the health is mainly its vitamin and mineral content; watermelon is rich in:

As one can see, one should enjoy the watermelon and if there are some extra left, share it with the cat(s) - now, let's see how we can safely give watermelon to the cat.

Can Cats Have Watermelon?

Watermelon can be a great and refreshing summer snack for humans, dogs, cats, and a few more pets. Its rich water content makes it the ideal fruit to refresh and rehydrate at the same time.

However, due to the carbs content and mineral content, watermelons, in the long run, make humans and pets ever thirstier - whenever offering a cat a watermelon, be sure that there is also clean water accessible.

When giving watermelon to the cat, there are a few rules that must be followed:

The cat has the digestive system of a typical carnivore since its nutrition is meat-based, and consists almost entirely of animal protein and fats.

Note: From time to time, cats can be seen eating grass and similar plants, but that is often for better digestion or for some other similar reason, not for food.

On the other hand, watermelon contains a moderate amount of sugars, which are not included in the cat's typical diet, and thus, the sugar intake must be limited.

Continued intake of various sugars may lead to digestive disorders like diarrhea or constipation, and in the long run to diabetes.

Note: if your cat or dog has diabetes, avoid giving them foods containing sugar, watermelons included.

Watermelon should not and cannot replace a cat's typical food - it should be given in small amounts, as a snack. 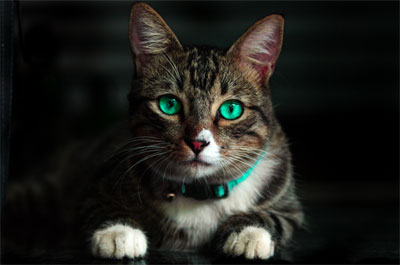 Dangers Of Feeding The Cats With Watermelons

Before giving the watermelon to the cat, be sure to remove the rind and watermelon seeds.

There are several reasons why this should be done, including:

The seeds are very rich in fibers and can be dangerous to the cat's digestive system, potentially causing obstructions, blockages, and choking.

Also, very small amounts of cyanide are present in watermelon seeds - although seeds can be safely ingested by humans, they could be toxic to the much smaller cats.

The rind is difficult to chew and digest and should be removed.

Long Story Short: Watermelons can be given safely to the cat, just be sure to remove the rind and seeds - a few smaller chunks are all the watermelon cats can or should eat in order to have a healthy snack/treat.

Since some cats may be sensitive to the carbohydrates and sugars present in the watermelon if You want to give watermelon to your cat and you are not 100% sure should you do it, consult the veterinarian.