Gooseberries have made a comeback in the United States and are slowly getting popular. The reasons are their deliciousness and amazing health profile. Also, now there are several varieties that grow virtually without thorns.

What’s more, they often taste sweeter and more delicious than the bitter gooseberries of the past. Like most other foods that humans eat, gooseberries too are a topic of curiosity for dog owners regarding whether their four-legged children can be served these tasty berries.

Well, while many foods that humans eat can be served to doggies, unfortunately, gooseberries cannot! The reason behind this is that gooseberries belong to the family of grapes and anything related to grapes is toxic for dogs - hence, gooseberries are toxic to dogs.

Although gooseberries have not been extensively studied regarding their safety for dogs, it’s a good idea for dog owners to be on the safer side and not feed these fruits to their beloved pups.

One can even discuss this with their vet as with any other food. A vet can give one the best guidance as they might have encountered a prior incidence of gooseberry-related poisoning.

Overall, gooseberries have been notorious in the USA since the early 1900s. It was believed that gooseberries and some varietals of currants spread a fungal infection to crop and white pine trees and therefore were banned. Then they were re-introduced in the US in the 1960s and were considered safe for humans, but not for canines.

As such, gooseberries are very good for human health because they contain a lot of vitamins, minerals, fibers, antioxidants, and very low calories.

However, they also contain a substance named glyoxylic acid, which is toxic to dogs because it can produce oxalic acid, which, if it meets calcium in the intestine, creates poorly soluble salts, further preventing the absorption of calcium.

The excess oxalic acid is absorbed by the body and is excreted very slowly, which can have an adverse effect on the kidneys and encourage the production of kidney stones.

Gooseberries also contain malic acid and citric acid, both of which can cause diarrhea and discomfort in dogs. Moreover, gooseberries have been found to cause allergic reactions in dogs and other animals.

Both ripe and unripe gooseberries can cause harmful toxicity and allergic reactions in dogs, although unripe ones cause the worst effect. 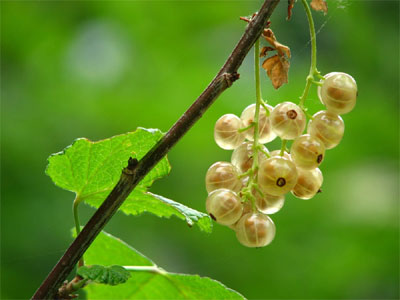 Here are some prominent reasons why dogs shouldn’t eat gooseberries:

Gooseberries are Toxic to Dogs

The number one reason why dogs shouldn’t eat gooseberries is that these berries are downright toxic to dogs.

Dogs’ digestive system is unable to digest or process the compounds found in gooseberries. The system goes into a shock if a gooseberry enters it.

This can be compared to the reaction of the human digestive system when humans drink even a small amount of poison. Therefore, if a dog owner buys gooseberries, they should take utmost care that their dog doesn’t have access to these berries.

Gooseberries Cause Pain in Dogs

The various symptoms of gooseberry ingestion include pain. A doggy may refuse to eat their food or move around if they consume gooseberries. Both these symptoms are dangerous for the dog’s health.

Most dogs experience significant pain because of the inability to digest gooseberries. The pain can further cause fatigue and discomfort.

Consumption of gooseberries can cause certain short-term health issues in dogs. Since the dogs’ digestive system is unable to digest this kind of berries, these issues won’t be prolonged. But the majority of the damage will take place right away since the berries will poison the dog’s system.

It’s extremely important, therefore, to take immediate action and seek one’s vet’s help. If the dog owner waits longer, the problem will only get worse.

Although Indian gooseberry has been proven extremely beneficial for human health, there is no enough evidence available about its safety for dogs. To avoid any risk, it’s recommended not to feed Indian gooseberries to one’s dog.

What about Cape Gooseberries?

What to Do if One’s Dog Eats a Gooseberry?

There are fewer chances of a dog eating a gooseberry because most dogs are not much fond of its slightly tart flavor and a fuzzy layer on its surface.

Regarding munching on wild gooseberries grown in one’s area or cultivated in one’s garden, too, there are fewer chances, because most gooseberry plants have thorns that deter animals from accessing the fruits.

Still, a dog owner should consider the possibility that their dog may eat one accidentally.

Although current information suggests that eating gooseberries doesn’t often prove fatal, it can give rise to certain long-term digestion or intestinal issues.

With so many healthy fruits around, gooseberries are just not worth the risk. Therefore, a dog owner should not intentionally feed these fruits to their doggo. But if the pup accidentally ingests a gooseberry, the owner should immediately seek a vet’s help.

Certain things one can do immediately include quickly washing the dog’s mouth well with water while calling the vet on the phone. This might prevent allergic reactions.

If the dog owner lives in an area where gooseberries grow in abundance, they should discuss with their veterinarian about gooseberry-ingestion symptoms and have a plan ready in case ingestion occurs. The dog may show the following symptoms in such a case:

If the dog shows even one of these symptoms, the owner should immediately take them to the vet. It’s a good idea to carry some samples of the berries in question.

This would help the vet identify whether the doggy suffers from food poisoning or some other disorder. 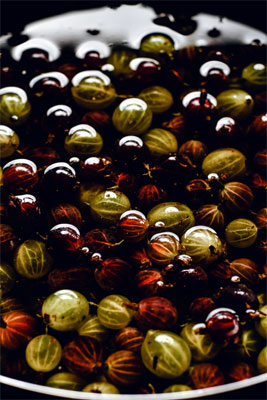 What!?! Dogs Can Eat Gooseberries?!?

So far, it was stated here that gooseberries can be dangerous to dogs and are not worth taking the risk of playing with one’s furry friends’ health.

But a few experts are of the opinion that dogs can be fed gooseberries that are fully ripe and sweet. However, they insist on washing the gooseberries thoroughly to remove all the pesticides and other chemicals on them because the dogs can fall ill due to those chemicals, though not due to the berries.

Alternatively, the dog owners can feed organically grown gooseberries to their four-legged darling. Also, whenever served, gooseberries should be fed in moderation to dogs.

However, why risk it? Some dogs tolerate certain foods better than other dogs, but why risk it when so many other berries can be used as a healthy snack or treat without risking the dog's health.