As a common observation by dog owners, dogs would love to taste everything their owners eat. When it comes to eating, these furry babies are very manipulative.

They turn their faces so poor and cute, that humans are filled with love for them and wish to give them their food. But not all human foods are good for doggies. But the problem is that dog owners don’t remember which food is good for their canine companions and which one is not. 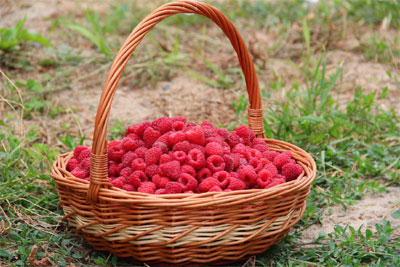 Are Raspberries Really Good for Dogs?

Dogs can get all the nutrition they need from high-quality dog food. However, fruits like raspberries are a great snack and can be used as rewards if one’s dog does something adorable. Plus, they are safe and offer plenty of health benefits; so, there is no harm in feeding them to dogs, but in moderation.

Raspberries belong to the same family as roses and are low in calories and sugar but are high in manganese, fiber, and vitamin C. They come in various colors such as red, black, purple, blue, and yellow (golden). But the most common is the red raspberry (Rubus idaeus). Irrespective of their color, raspberries are very nutritious.

Black raspberries have the highest level of antioxidants. Especially, they are higher in polyphenols like phenolic acids, ellagitannins, and anthocyanins. Being so high in antioxidants, they can potentially fight cancers.

Red raspberries rank second when it comes to phenolic and anthocyanin content.

Purple raspberries are the third highest in phenolic and anthocyanin content.

Yellow raspberries are the lowest in phenolics and anthocyanins.

Although the antioxidant content varies between raspberries of different colors, all these raspberries are nutritious and one can feed their dog with any of these colors if they want their dog to get the health benefits. 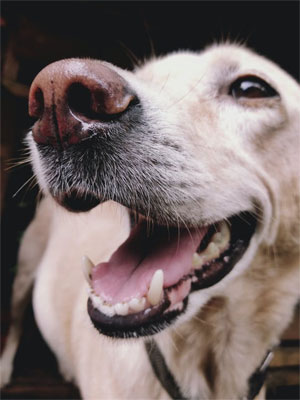 Health Benefits of Raspberries for Dogs

The main benefit of antioxidants is their ability to ward off free radicals that cause cell damage. They also reduce inflammation, stop or slow down the progression of certain cancers, help fight diabetes and make the dog’s immune system strong.

Senior dogs may suffer from joint pain, arthritis, and declining health of the brain causing dementia. If their diet contains antioxidant-rich foods like raspberries, they are benefited by reduced inflammation in joints, slowed down arthritis, and protection against cognitive decline and the eventual canine dementia.

As everyone may know, fiber is essential for the health of the digestive system. A dog and even a human can’t digest the insoluble fiber in raspberries. It remains intact and eventually pulls all the other waste material into the digestive tract and thus adds to the bulk of the dog’s stool. Thus, constipation is prevented.

Fiber is also helpful for overweight or obese dogs to lose weight because it keeps the stomach full for longer and thus, they eat less.

B vitamins in raspberries regulate a dog’s metabolism and nervous system. They are also beneficial for the improvement of coat health and heart function. 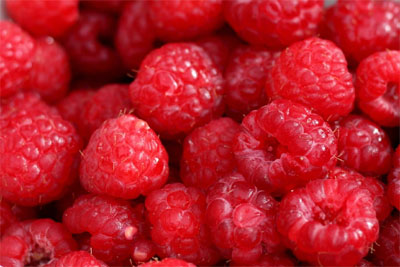 Although raspberries are packed with the above-given nutrients, dogs get minimal benefits from eating these berries because of the small amounts their owners have to serve them.

Since dogs’ bodies can make their own vitamin C, they don’t need any outside supplementation of vitamin C.

Moreover, puppies don’t need a ‘cognitive boost’. Smaller dogs on the other hand are even more susceptible to the potential danger from xylitol and sugar in raspberries.

Thus, although there are probably some health benefits of raspberries for dogs (particularly adult and senior dogs), dog owners are better off serving their doggos high-quality dog or puppy food created to meet their nutritional requirements.

How Many Raspberries a Dog can Eat?

Since there are trace amounts of xylitol in raspberries, even the largest dogs should be restricted to only 1 cup of raspberries or even less at a time, and only occasionally.

To know the exact amount for the size, breed, weight, age, and overall health of one’s particular dog, it’s best to consult their vet.

Raspberries have a fairly low amount of sugar. Fresh raspberries contain around 4% sugar by weight (this is lower than carrots which contain 5%). One cup of raspberries has around 6 grams of sugar, 8 grams of fiber, and 46 calories.

Thus, raspberries are an occasional treat for doggos on a low-calorie diet or with diabetes, although they are believed to be a low GI (glycaemic index) food.
One should remember the 10% rule which says that only 10% of a dog’s calories should come from treats and the rest should come from balanced, healthy dog food.

If one’s dog shows undesirable signs after eating raspberries, they should immediately contact their vet for further guidance, and stop feeding raspberries to the dog.

Are Canned Raspberries Good for Dogs?

Not only canned raspberries but even other canned berries should not be given to one’s furry friend because they contain added sugar, fats, and seasoning which are unhealthy for dogs. They can cause stomach upset in the doggy.

Even if one wishes to feed some raspberries to their pup from their salad, they should make sure they don’t contain salad dressing that can be harmful to the dog.

What are the Risks?

Although raspberries have plenty of health benefits for dogs, they have some downsides too.

Xylitol: Dog owners should remember that raspberries consist of some amount of natural xylitol. This is a sweetener that occurs naturally in several fruits and vegetables and is also added to human food products like gums, peanut butter, and many other diet products.

However, this doesn’t exactly mean that raspberries can be toxic to canines. But dog owners should feed them to their pups only in moderation.

However, xylitol in human diet products can be toxic to dogs and can cause liver disease and hypoglycemia, which can be fatal if left untreated. Xylitol poisoning is caused in dogs generally because of consuming chewing gums or other such products to which xylitol is added, and not from eating fruits.

Thus, a dog needs to eat incredibly large amounts of raspberries to face any health issues. However, small dog breeds and puppies can be more vulnerable to health issues caused by xylitol in raspberries; so, owners should be careful.

Fiber: Raspberries can also cause gas, bloating, diarrhea, or even constipation, and vomiting due to the high fiber content in raspberries if they are consumed in large quantities.

Sugar: Raspberries don’t have a large amount of sugar. In fact, they contain less sugar than many other fruits. However, they still have a small amount. The digestive system of a dog can’t handle large quantities of sugar. Dogs of the past ate berries, but not the bigger, sweeter, more sugary hybrid berries eaten today which have more sugar than the berries in the past.

Puppies and small dog breeds are more vulnerable to sugar reactions. Therefore, dog owners should make sure they serve the only a moderate amount of raspberries to their dogs, not regularly, but only occasionally.

Choking Hazard: All fruits and veggies pose choking hazards, especially to smaller dogs. This risk can be reduced by cutting the berries into small pieces or smashing them.

Keep Dogs Away from a Raspberry Patch: If the owner has been growing their own raspberries, they should keep their doggy away from the plants to stop them from consuming the berries in large amounts.

It’s best to consult one’s vet before starting a new food for their dog, including raspberries. 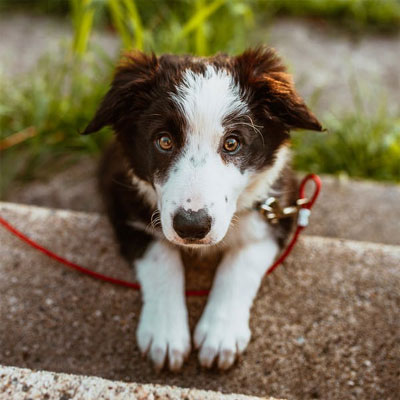 How to Feed Raspberries to Dogs

As with any other fruit or vegetable, raspberries should be washed well before serving them to the dog.

Fresh, dried, or Frozen: Dog owners can feed their dogs fresh or dried raspberries or frozen ones as a cool treat on hot summer days. However, even the frozen raspberries should be made into small pieces or smashed or thawed to avoid any choking incidence and also to protect the dog’s teeth.

Smoothies: Raspberries can form delicious smoothies for dogs along with other healthy fruits like cantaloupe, strawberries, cranberries, and blueberries. One can blend them with plain Greek yogurt. Even the mixture can be frozen into fun puppy cubes or pup-sundae (should be served in the form of small pieces or mashed to avoid choking hazards).