A Guinea Pig’s diet is typically 80% hay. Sure, that sounds like probably one of the most boring diets on the planet. But Guinea Pigs don’t complain. They like it. Of course, you want to keep your pets happy and healthy, so it's natural to wonder if they might like different things, like watermelon.

If you have watermelon on the mind for your Guinea Pig, you’re in luck. Guinea Pigs are likely to love it, though some may ignore it if you put some in their habitat. For the most part, they will eat it, and it's perfectly healthy for them.

It's also very hydrating since watermelon is a fruit with one of the highest levels of water available. As with anything new that you want to try with your Guinea Pig, there are some precautionary things you should consider, especially before you just start dumping watermelon in their habitat. 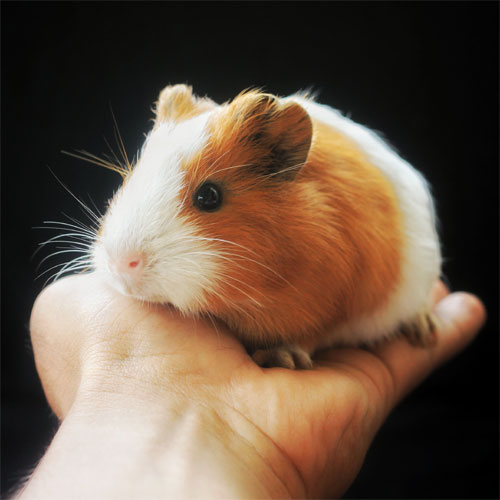 How Safe is Watermelon for Guinea Pigs?

Like most other fruits, it's important to understand that you have to keep them limited. As we mentioned above, a Guinea Pig’s diet consists of 80% hay and 20% fruits and veggies (some people throw pellets in that 20% as well).

It's not good to dig too much into that 8/10 ratio of hay. It's not what their bodies are used to, and there is such a thing as providing a Guinea Pig with too much watermelon. As an occasional treat, especially in the summer months, watermelon is perfectly fine.

For the most part, they will love it, especially thanks to its high water content and sweet flavor. During the summer, when everything is hot, and the A/C is working overtime, they will be more prone to diving right in when you bring some watermelon. A hydrated Guinea Pig is a happy Guinea Pig.

There are three primary nutritional sources in watermelon that make it an excellent source of nutrition for Guinea Pigs, in small portions, of course—Vitamin C, Potassium, and Phosphorous.

Phosphorous is known for binding to calcium, which makes it semi-dangerous in large amounts but only when it comes to reptiles, such as Bearded Dragons. A Guinea Pig’s diet should be diverse enough that any non-absorbed calcium is made up for elsewhere.

Vitamin C is known for being the end-all-be-all of immune-boosting vitamins. It works the same way in a Guinea Pig. In fact, Guinea Pigs are known for being more susceptible to infections than many other mammals we consider pets.

That makes Vitamin C even more crucial to a Guinea Pig’s diet. Guinea Pigs are susceptible to scurvy, which is something that Vitamin C is crucial for preventing and attacking if your Guinea Pig already has scurvy.

Watermelons also provide Guinea Pigs with loads of potassium. It's difficult to list all of the things that Potassium does for a Guinea Pig or us because the list is extensive. 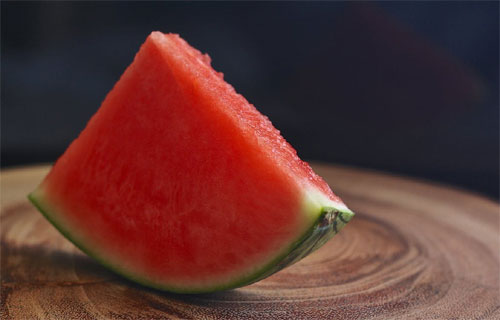 To keep things short, it helps to regulate the heart in terms of beats per minute and skipping beats. It improves the functions of the central nervous system as well. It even improves musculoskeletal conditions. It reduces the potential for cramping, both because of the potassium and the amount of water in a watermelon.

Phosphorous is the other important nutritional component of watermelon. In tandem with potassium, phosphorous works to improve muscle, especially damaged muscle. It helps facilitate the Guinea Pig’s ability to repair damaged muscle tissue.

It also reduces the amount of waste, in terms of free radicals, within the body. It keeps your Guinea Pig’s kidneys and liver clean and healthy, with strong bones and muscle tissue. Watermelon doesn’t have as much Vitamin A as it does C, phosphorous, and potassium, but there is still a good amount of it.

Disadvantages of Watermelon for Guinea Pigs

We’ve made it pretty clear that too much of a good thing is a bad thing in the end. That’s true here as well. So long as you limit watermelon to an occasional snack, you won’t have much to worry about. More than that creates a problem with hydration.

Watermelons are loaded with water, and an already well-hydrated Guinea Pig is likely to develop diarrhea after eating a good portion of watermelon. It's simply because they get too much water in their system at once.

Too much sugar causes similar problems in the gut. Watermelon isn’t as loaded with sugar as much as other fruits out there, but there is still more than enough to make your Guinea Pig sick if it gets too much.

You should also avoid giving them watermelon straight from the fridge or the cooler. We love to eat watermelon that way, especially on a hot summer day. However, Guinea Pigs have trouble handling the cold flesh of the watermelon in their stomachs.

It's liable to cause them all kinds of issues, including diarrhea, regurgitating the watermelon, eventual dehydration, and just a generally upset stomach. Even if it's cold, a Guinea Pig is liable to dive right in, causing itself a lot of stress a few minutes later.

How to Feed Guinea Pigs Watermelon

First things first, remove all of the seeds from the watermelon. They aren’t poisonous to the Guinea Pig or anything, but they may create a choking hazard. It's always a good idea to remove them entirely, just in case.

Make sure that the watermelon is rinsed off because Guinea Pigs will eat the rind as well, which is perfectly normal and healthy. Cut off a slice that’s only an inch wide and 4 inches long if you can.

In general, you shouldn't give your Guinea Pigs anymore than three square inches of watermelon in one sitting, and you should only give it to them once a week. Avoid giving it to them more often than that.

That should be more than enough to satiate your Guinea Pig’s taste for plenty of sugar and water. 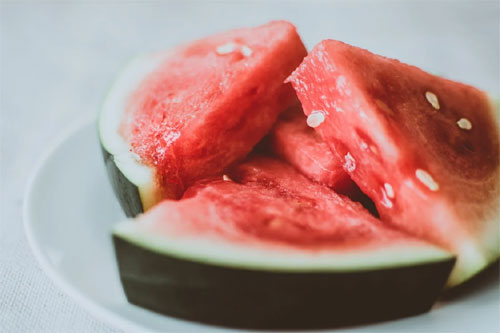 If you would prefer to feed your Guinea Pigs the watermelon rind rather than the pink and red flesh, you’ll be doing them a favor. The rind may not be quite as sweet as the rest, but it's healthier for Guinea Pigs to eat.

The reason it's better for them is the lack of sugar. It isn’t as loaded with water, either. If your Guinea Pig gets plenty of water on a daily basis, the water from a watermelon might be too much. That’s not the case with the rind.

All of the health benefits your Guinea Pig gets from eating the fleshy part of a watermelon is found in the rind as well, with the addition of fiber and a lowered sugar and water count. In fact, there really isn’t a reason to avoid giving your Guinea Pigs the rind of the watermelon.

The best way to serve your Guinea Pig Watermelon Rind is to cut it up into 1” pieces. That’s enough for them to get their paws on and start munching and large enough so they can’t swallow it whole on accident.

Can Guinea Pigs Have Watermelon Juice?

If it's the juice from the watermelon itself, that’s not a problem. However, watermelon juice from the store, the kind that comes in a container, is a big no-no for Guinea Pigs. That stuff is highly processed and absolutely loaded with sugar.

It's likely to poison the Guinea Pig more than anything else. As far as the Guinea Pig is concerned, the only fluids they should drink are the kind that comes in their water bottle and water they derive from the occasional fruit snack you provide for them.

Anything outside of that runs the risk of seriously harming your Guinea Pig, especially something as highly processed and sugar-heavy as watermelon juice. High levels of sugar content almost always lead to diarrhea. Even in moderation or in small amounts, it will inevitably cause obesity as well.

An obese Guinea Pig will end up having more problems than you can imagine, necessitating a lot of trips to the vet, and the costs will pile up. 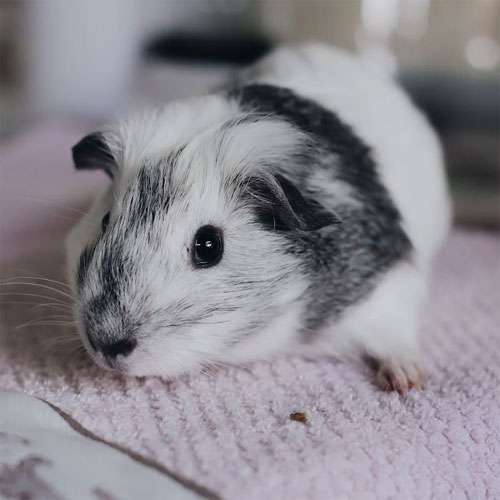 It's completely safe to offer your Guinea Pig small sections of watermelon as a treat every now and then.

Just be sure to keep it limited to once a week at most, preferably less often than that.

Since they love both the fruit flesh and the rind, it's also safe to give them both, or you can mix and match.