Berry Thin, Acai Berry Thin, Pure Raspberry Ketone, Green Coffee Bean Extract and other compounds and extracts have been promoted by many companies and individuals as the way of losing unwanted weight, weight management and improving health in general. Also, many claims are based on so-called scientific studies and ongoing research in many labs. But, are they really that effective and what is hiding behind 'scientific studies'?

Losing fat and improving health in general is a big business, so it is sometimes hard to distinguish what really works and what is just result of marketing campaigns.

Now, one might say that we are biased regarding 'putting berries in the pills', but please, read the article and reach your own conclusion.

Dieting and similar pills are often loaded with compounds that have mystique and exotic names, but they are also filled with ingredients that can be found easily, at much lower prices. Some of them are backed up by double blind scientific studies, some are not. When reading results of the scientific studies, be sure to read and understand all the details in the study, otherwise, misinterpretations can lead to wrong conclusions. 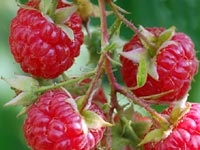 Raspberry ketones is one of compounds responsible for aroma and fragrance of raspberries and similar fruits.

It has been shown that raspberry ketones in tests on animals and on fat cells in test tubes accelerate metabolism of fats and that it might also affect a hormone in the body called adiponectin (taking part in fat metabolism). One of the problems is that there is no reliable, double blind, scientific study showing that pure raspberry ketone improves weight loss when taken by people.

Needless to say anything more? Raspberry ketone comes in doses around 100mg per diet pill and they cost a lot - for no reason, except it sounds great - raspberries are healthy, ketone 'sounds' like keto diet, but has nothing to do with it. 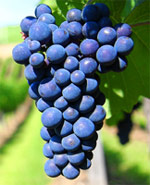 Resveratrol is one more 'might' and 'can' compounds based on so-called scientific studies. Those studies show that resveratrol 'might' or 'can' help in:

Unfortunately, there are no double blind scientific studies on humans clearly showing that resveratrol actually helps. It levels in blood plasma can be increased by various pills or even drinking red wine or eating berries, but most of those changes are negligible and very hard to detect.

Long story short - maybe resveratrol does have some effect on human body, but instead of taking pills, I would personally recommend a glass of red wine here and there with some good, balanced food and of course, berries and other fruits regularly.

Latin name of the tree that is grown in Africa that produces a fruit very similar to a mango is Irvingia Gabonensis (IG) and it is called African or wild mango.

There are scientific studies showing positive effect of using seed extract (powders, pills, liquids etc) on humans, but those studies are mostly funded by supplements companies and have other issues regarding credibility.

Taking African mango supplements 30-60 minutes before meal, perhaps even can help in losing fat due to fiber content in such pills - fibers make us feel satiated and we actually eat less. But there are other supplements on the market with fibers at much lower prices. Not to mention that amount of fibers in such pills is very low.

Apple cider vinegar is great for salads and marinades and as such, it comes in bottles at very acceptable price.

However, there are no many studies regarding Apple cider vinegar and its effects on fat loss in humans.

Those that exist show very little effect (but that effect actually DOES exist) in helping in losing fat, but daily intake was much higher than it would be possible to achieve by taking apple cider vinegar in the form of pills.

And that effect is around 1-2 pounds of body weight difference in overweight people during period of 3 months.

Obviously, Apple cider vinegar is not a miracle, quick fix, supplement, but it does help little bit in weight loss, diabetes prevention and similar. A good thing to have around and add to salads and similar meals.

Green tea and green tea extract are not much chemically processed before consumption and they are relatively rich in catechins - antioxidants that fight cell damage and may even prevent cell damage (I really hate that 'may even', 'might' etc).

It has been shown that green tea DOES improve blood flow, lowers LDL cholesterol, prevents a range of heart-related issues, prevents or at least postpones Alzheimer's disease, helps people with diabetes etc.

However, studies showing effects of green tea and green tea extract on fat loss are - thin, to say the least!

Green tea is great beverage, just don't use sugar or honey as sweetener and if you substitute sodas and similar beverages with green tea, you will lose significant amount of weight because you have stopped loading yourself with simple sugars from sodas!

Green tea extract in dieting pills - practically no effect on weight loss, but if extract is of good quality and contains high amount of catechins, it is good thing for overall health and well being. Or simply, have a green tea from time to time.

On of my favorite ingredients of the 'wannabe' dieting pills :)

However, green coffee bean 'craze' came to being when certain public figures claimed that 'their' studies showed effects on fat loss and weight management in general. Such studies are far cry from independent, double-blind, studies required my scientific community. Even further, such results were never repeated again in independent studies.

Actually, recent studies on mice show that chlorogenic acid not only doesn't support weight loss, but it actually cause fatty deposits to accumulate in the livers of mice and increase their insulin resistance.

Caffeine is powerful compound that increases energy levels, makes people less sleepy, more focused etc. Thus, if you are hungry and you want to function while being hungry, caffeine can help, thus leading to fat loss and weight reduction.

Amount of caffeine required for such effect is anything between 25 and 400mg, depending on individuals involved.

So, if you need caffeine as energy booster, feel free to consume it in the form of various coffee beverages, green tea and similar.

Keep in mind that caffeine accelerates heart rate, increases blood pressure and has other effects on human body that can cause undesired health issues ... 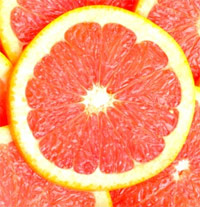 Grapefruits are fleshy and tasty fruits loaded with vitamins, minerals and dietary fibers and are very beneficial for humans.

Unfortunately, scientific studies about effect of grapefruit seed extract on human weight management have not shown that such extract actually help in a fat loss.

Similar studies exist for other fruit seed extracts, for kelp and other plants.

Such supplements can have other benefits, for example, kelp supplements are usually loaded with iodine and some other minerals, but for weight loss, they are usually more or less, useless.

Grapefruit seed extract - not useful until proven otherwise by double blind independent studies. In the mean time, feel free to enjoy it, it is nice fruit with specific taste and aroma.

Obviously, it is not totally useless diet supplement - caffeine increases energy levels, while other extracts contain some minerals, fibers and chemicals that are needed by human body and influence many metabolic processes.

Problem with Berry Thin is that most of the ingredients are totally useless, while pure caffeine can be bought at much lower price in the form of pills, just like multivitamin and multimineral supplement pills.
I would stay away from this supplement. That is my personal opinion.

Acai berry is great fruit - it is loaded with vitamins, minerals, fibers, antioxidants and, as such, can and should be part of every well balanced diet.

Since 2004, various Acai berry products were marketed as new 'wonder' and 'miraculous' fat loss and weight management supplements by certain celebrities, some of them even claiming that they have conducted their own research and studies on this topic.

However, independent scientific double-blind studies (how many times have I mention this 'double blind' in this article ... but it is very important detail of such studies) showing fat loss effects on humans of acai berry extract simply don't exist.

Such extracts do have certain health benefits, but they will not melt away fats from human body, as often advertised by companies selling such products.

Dieting Pills - Useless or Not?

Dieting pills are not useless, they can really help, but they should be part of well balanced diet, combined with regular exercise and monitored by certified personnel and your doctor.

There are some dieting pills that we can recommend, we liked them, use them, with mixed results. Will they help others? Probably, if they are just part of your supplementation plan.

Here are few of them:

All four Amazon links open in the new windows, so feel free to check them out.

They have ingredients that boost energy levels and suppress appetite. They also contain compounds like green coffee bean extract, resveratrol and similar and some of them even base their marketing campaigns on claims that those ingredients 'burn fat'.

Long story short - these supplements will actually help one lose fat, only, but really only, if they are taken as part of good supplementation plan, during well balanced diet combined with regular workouts (in the gym, track etc) and with plenty of rest ...