Berries are delicious snacks and highly profitable choices of plant for any farm or garden! The question is, which fruits are true berries and which of those are the most popular?

In this article, we will cover the most popular list of true berries as well as some frequently asked questions about them!

Berries that are considered “True Berries” are defined as fruits that are simple, coming from just one flower with only one ovary and containing more than one seed. Check out our list below to see which fruits fitting this description are most popular!

Let’s take a closer look at each of these berries and what makes them “true,” as well as some interesting facts that contribute to their popularity!

Blueberries are by far the most popular botanical fruit that can be considered “true berries!” Not only are they easily cultivated, but blueberries make great snacks, fillings, and toppings no matter what you’re in the mood for! 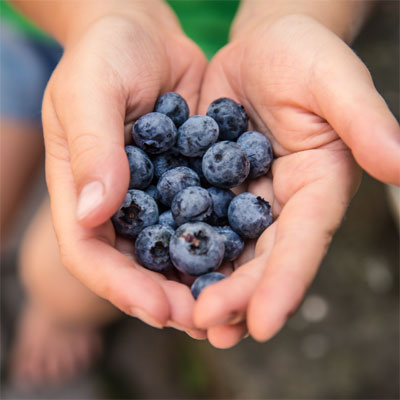 There are plenty of things that make this special fruit popular; they are, after all, one of the only natural foods in the world that are blue.

A blueberry has fantastic antioxidant properties in terms of health benefits. In fact, when compared with over 40 other fruits and vegetables, the tasty little blueberry triumphed over all of them for its antioxidizing ability!
While on the subject of health benefits, blueberries can be eaten in large quantities with very little caloric intake.

For example, half a cup of blueberries only has 44 calories, but it maintains 2 whole grams of fiber for your diet and even provides 10% of the daily Vitamin C recommended by nutritionists.

Blueberries are even known to reduce a human’s risk of getting cancer, boost the strength of human memories, drop blood pressure, and even boost the body’s insulin response.

Finally, in addition to how healthy eating a blueberry can be, growing them can be even more satisfying! Just one blueberry bush is capable of producing clusters of fruit, numbering around 6,000 in total each year.

The grape’s thick, internally consistent fruit wall and production from a single flowering plant make it the second true berry on our list: however, there are a whole host of reasons why this versatile berry is one of the most popular in the world! 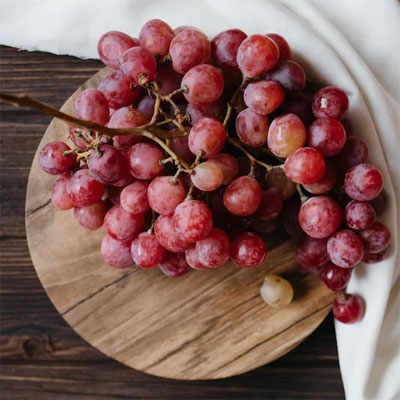 There are more than 8000 varieties of grapes within 60 distinct grape species. You and I are used to seeing the European and American varieties in our local grocery stores, but there are plenty of rare types to enjoy! For example, the world’s tiniest grape variety is the Black Corinth grape. These are known for their tender skin and long history dating back to Ancient Greece!

In terms of health benefits, very few berries can beat grapes. A single cup of this type of berry has around 100 calories, but it does manage to give the human body over a quarter of the recommended amounts of Vitamin K and Vitamin C. Not only that, but if you don’t mind eating seeded grapes, you can be sure to benefit from the antioxidants found within.

One of the things this true berry is most popular for beyond its health benefits is the many ways it can be used to make foods and drinks. The vast variety of grapes produced on planet Earth is responsible for the most popular wines from Europe to America. It actually takes around two and a half pounds of grape berries to make one bottle of wine, but it is well worth it!

In addition to eating grapes by hand or drinking them in wine and grape juice forms, grapes are also eaten dried as raisins and incorporated into a vast amount of jams and jellies. With so many uses and benefits, it is no wonder this true berry in all its forms is so popular!

Though you may have heard that tomatoes are technically considered fruits and not vegetables, did you know that they are actually true berries, as well? Because tomatoes have fruit that is fleshy all the way through, much like grapes, and contain their own seeds, much like blueberries, tomatoes have earned the third spot on our list! 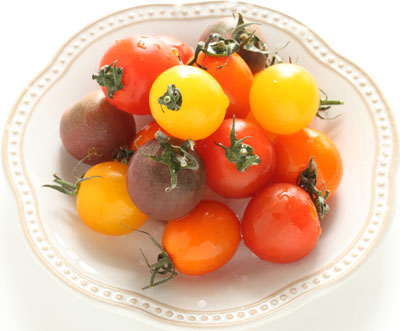 Their popularity can be attributed to their great taste, benefits to human health, easy cultivation, and, of course, many uses!

According to the United States Department of Agriculture, the average example of American consumes around 31 pounds of tomatoes every year. If it were counted among vegetables, tomatoes would actually be the fourth favorite in America.

Like grapes, tomatoes come in a wide variety. In fact, around the world, there are something like 3,000 different types of heritage or heirloom tomatoes grown alone! In terms of other types of tomatoes, there are over 15,000 known specimens.

These true berries are even popular in outer space! The International Space Station received a whopping 600,000 tomato seeds before sending them back to Canadian classrooms for experiments done on how fruits might be affected by leaving our planet.

In terms of benefits to our health, tomatoes have large amounts of an antioxidant called lycopene. Lycopene can lower a human’s risk of cancer and heart disease. These true berries also provide a huge amount of Vitamin C, Vitamin K, folate, and potassium.

It isn’t hard to think of the many ways tomatoes can be used in the cuisine found all over the world, too! Even if you aren’t choosing to eat a tomato on its own or in a salad, remember that these ingredients are found in just about every type of fast food, too. From ketchup to tomato sauce used in pizza to chilis and a whole range of sauces and jams, tomatoes are everywhere!

It is no wonder they won a place on our Most Popular True Berries list!

The thing that makes this fruit a true berry, despite its length and unconventional shape, is the fact that its structure does actually contain its own seeds after growing from a single-ovaried flowering plant. We may not be able to see these seeds with our own eyes, but they are there nonetheless, making the banana our fourth-place true berry! 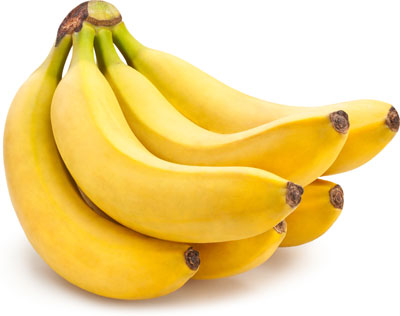 Interestingly, bananas are also considered to be plain fruits in addition to meeting all the requirements for true berries. As such, the Medical Association of Northwest Arkansas actually ranked bananas as the world’s most popular fruit! Actually, even though bananas are only grown in tropical climates, the average American alone tends to eat over 20 pounds a year.

Whether you’re ranking the tropical snack as a true berry or a fruit, it is not hard to figure out why the banana is such a favorite among human beings. First of all, in terms of fruits worldwide, the banana is one of the cheapest to cultivate, ship, and purchase in bulk.

Bananas are rich in the nutrients that humans need, containing plenty of potassium and vitamins like B6 and C. They even contain magnesium, a bone-strengthening, blood sugar-lowering chemical human beings can greatly benefit from.

Though it may not seem like bananas are used in cuisine as often as other members of our list, like tomatoes or grapes, they do not disappoint when it comes to variety! Over 1,000 types of bananas are grown in around 150 countries in the world. You and I will probably know the Cavendish banana best since it does make up 47% of banana production around the world.

Coming in at number 5 on our most popular true berries list is the cranberry, which is, in terms of flavor, a sweeter cross between grapes and blueberries! The cranberry not only contains its own soft seeds but meets the requirement of being grown out of a single flower and maintaining its fleshy texture all the way through. 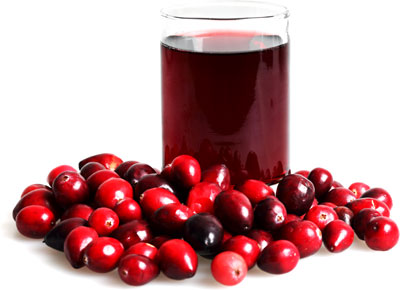 There are not many reasons to doubt the popularity of this particular true berry, either.

Interestingly, cranberries are one of the fruits that originally grew in and remain native to the North American region. They are associated with the Christmas holiday thanks to their cheerful red coloration, unique winter-season growth period, and capability of being great additions to many dessert recipes! They are even used to dye fabric.

In addition to these fun facts, cranberries are related to several health benefits. They can hold back the risk of urinary tract infections and also help the human body to avoid cardiovascular disease. One of the most interesting healthy properties of these red true berries is their ability to slow the progress of tumor growth.

Like all of its predecessors, the gooseberry contributes to our list by virtue of having seeds enclosed in its fruit wall, clustered to a stem from the ovary of a single flower. Gooseberries are mostly known for their American and European varieties, and they are popular not only for their taste and benefits but because they are also very easy to cultivate in home gardens! 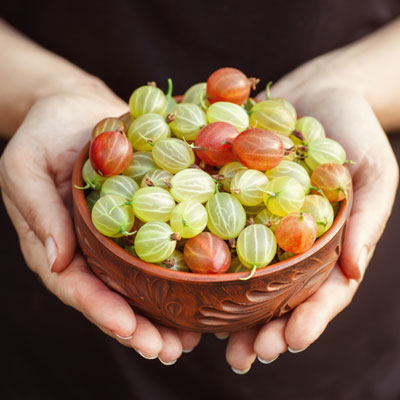 A gooseberry comes from a thorny plant and can live and thrive, producing plenty of fruit for as many as 30 years! One of the things that make gooseberries so popular as snacks is their unique savory flavor with a hint of sourness, not unlike a lemon.

Gooseberries are chock full of benefits to human health, too. With just a cup of gooseberries, you can expect to gain 46% of the daily Vitamin C you need, as well as some Vitamin B6 and Vitamin B5, manganese, and potassium! They are also a good source of fiber.

If you still have questions regarding what a true berry is and why these particular true berries are popular, check out our list of frequently asked questions and answers on the topic below!

Which berry is the most popular?

According to Healthline.com, strawberries are one of the top berries to be consumed by people in the entire world. This can be attributed to its sweet taste, cheerful color, and role as a great source of Vitamin C.

What is an example of a True Berry?

When a berry comes from just one of a plant’s ovaries and contains multiple seeds in itself, it is botanically considered a “true berry.”

Some examples of this include blueberries and even tomatoes since each of these plants matches those descriptors.

Is avocado a true berry?

Yes, an avocado can lay claim to the title “true berry” because it is grown from a single flower and ovary and contains its own seed. 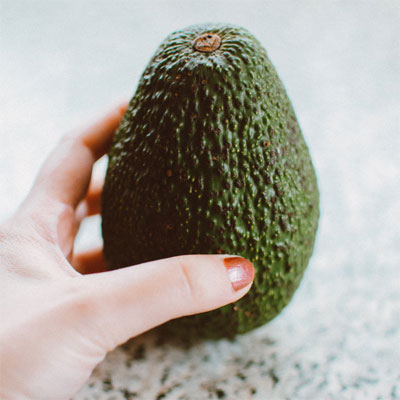 However, it is more accurate to describe the avocado as a “single seed” true berry since, unlike blueberries and even bananas, it does not contain more than one seed.

Is a Banana a True berry?

Yes, a banana is considered a true berry. This is because although it may look large and appear to be seedless, bananas do actually contain seeds! These little reproducing components are just so small that you and I are incapable of seeing or noticing them. In addition, bananas do develop from one flower’s ovary.

Why isn’t a strawberry a true berry?

Although strawberries are the most popular berry in the world, they cannot take the “Most Popular True Berry” crown from blueberries because they do not technically count as true berries themselves. 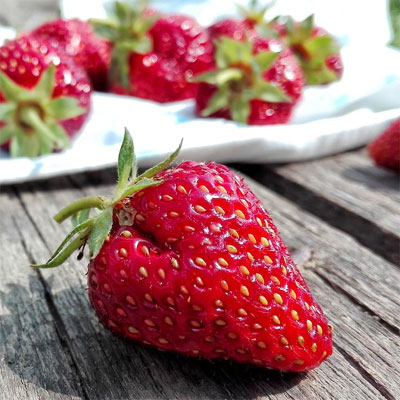 Remember, as previously mentioned, true berries must contain seeds. Although it seems that strawberries fit that category because each fruit comes with an abundance of seeds, look closely - You will see that strawberries do not technically contain seeds because their seeds are embedded on the outside of their red skin.

In conclusion, true berries which have stemmed from a single ovary on a flowering plant and contain their own seeds within fleshy fruit walls are popular not only for their taste but for their uses!

Whether you’re enjoying a handful of blueberries or cranberries or even eating a banana or tomato, you are sure to benefit from antioxidants and a delightful flavor.