What are Wheat Berries?

For the uninitiated, a ‘wheat berry’ probably sounds like a pretty strange fruit indeed. Wheat isn’t often associated with berries unless the two are purposefully mixed for a healthy breakfast in the morning.

A wheat berry is nothing more than the whole grain kernel that comes from the wheat plant, with the husk removed since it’s the only part of the wheat kernel that is inedible. The edible part includes the endosperm, the bran, and the germ.

There are a lot of health benefits that come from eating wheat berries, the most notable of which is the fiber it provides. Wheat berries are cooked in a number of different ways and recipes, but they are edible as they are as well. 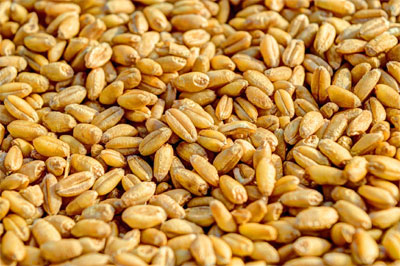 What’s Special About a Wheat Berry?

Well, for one, they aren’t a fruit, though that is the immediate image conjured by anyone that doesn’t know any better. Considering the fact that wheat berries aren’t prominent, at least not in terms of people eating them, most people probably aren’t familiar with them at all.

Wheat berries, despite not being a fruit, are relatively chewy in texture, with a nutty flavor you would expect from almond, cashew, pistachio, or peanut. There are two different types of wheat berries. They don’t come from different wheat plants, it's just that there are winter and summer variations.

The reds, whites, winters, and summers are merely labels or seasonal growth indicators, not a means to differentiate between different wheat berries. Though wheat berries don’t get much of the spotlight, you can purchase them at just about any grocery store or farmer’s market.

For those who have issues dealing with gluten, wheat berries need to be completely off your list. They are loaded with gluten, so on their own or in any kind of mixed dry goods or recipes, gluten is present.

Now that the bad stuff is out of the way, there is plenty to like about the nutritional aspects of the wheat berry. We already know that wheat berries are very high in fiber.

If you are itching for an improved fiber intake, wheat berries are capable of replacing all of your fiber alternatives completely on their own.

Wheat berries are also low in fat content for obvious reasons, and they have an extraordinarily long shelf life. As long as they are in a container that’s airtight and the environment is cool (inside your home air conditioner cool), they can last up to ten years.

Wheat berries are high in protein as well. A quarter cup of wheat berries provides 9g of protein. While it doesn’t match whey protein in terms of bodybuilding, the protein found in wheat is still pretty effective.

That’s not too shabby for wheat. There’s a reason wheat has been a major agricultural product since the dawn of farming thousands upon thousands of years ago.

How to Get Your Hands on Wheat Berries

Wheat berries aren’t typically sold in the same aisles as bread or in the produce section. You usually have to go where the rice is. Most grocery stores and farmer’s markets sell plenty of wheat berries, you just have to know where to find them.

Occasionally, they are only located on the international aisles. Why some grocery stores make that decision is up to them, but it happens from time to time. You can also find them on the cereals aisle, which makes a bit more sense considering how they are related.

Wheat berries can also be purchased online. Since they have an astonishingly long shelf life, it's not a problem at all to send them through the mail, even if it takes longer than a week. So long as they are properly sealed, wheat berries can last years. 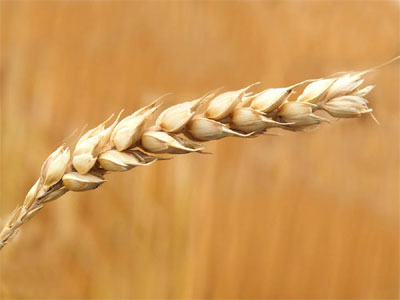 We mentioned storing them in a cool, dry place but that doesn’t mean they need to go in the refrigerator or the freezer, so long as it's just a cool place. The fridge isn’t a bad idea at all, now that we mention it and neither is the freezer.

For the most part, an air-tight container and a cool, dry place are all that’s needed for long-term storage. If you cook them, you can still store them for up to three months. All you need to do is use a fork or spoon to shift them around as they cool.

You want to get the moisture out by releasing the steam and stirring them up helps. Once they’re cool and most of the steam and moisture are released, seal them up in an air-tight container.

Be sure that the container is freezer safe and that your wheat berries will hold up in the freezer for up to three months. If you go beyond three months, it's a good idea to toss them—don’t take the risk.

If you decide to keep them in the fridge, they will only last for a few days and no more.

We covered this pretty briefly above, in terms of red, white, summer, and winter. It is not much different as far as taste and texture are concerned. You might not even know which was which if you ate them with a blindfold.

What Can You Make with Wheat Berries?

The good thing about wheat berries is they are incredibly versatile. You can make all kinds of things with them—far more than we can list in a single article. Even with soft wheat berries, cooking them takes time because they are hard. 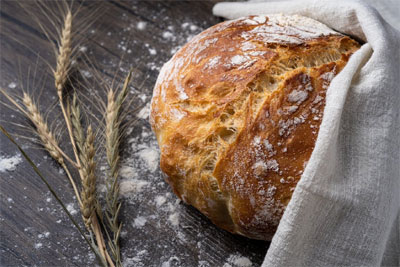 The harder wheat berries take even longer. Once they are cooked, however, they’ll be plenty soft and then you can put them in all kinds of things.

Thanks to their versatility, wheat berries are just as good with sweets as they are with salty and tangy foods as well.

Wheat berries aren’t necessarily labeled as a superfood like many traditional fruit berries are, but they provide a lot of benefits to your overall health.

The amount of fiber in wheat berries is pretty high, and fiber is necessary for people to have a regular bathroom cycle. Fiber doesn’t get digested, so it scrapes the intestinal walls and increases the size of stool, which pushes everything else out like it should.

Manganese is a nutrient found in wheat, and it acts a lot like calcium. Wheat berries also have a decent amount of calcium. Both of these nutrients work together to strengthen the bones in your body.

Since heart disease is one of the number one health issues in America, more heart-healthy foods are necessary in our diets. Fiber decreases the bad cholesterol levels in your body, removing the threat of fatty deposits in the arteries.

Anytime you find a food that is loaded with nutrients and not calories, you should take notice, especially if you are trying to lose weight. Fiber (once again, fiber is the star of the show) is good at making you feel full as well, reducing those food cravings throughout the day.

Fiber slows down sugar absorption in the body, which helps to regulate the amount of sugar in your blood. Keeping your sugar under control is important, especially for those who are dealing with diabetes. 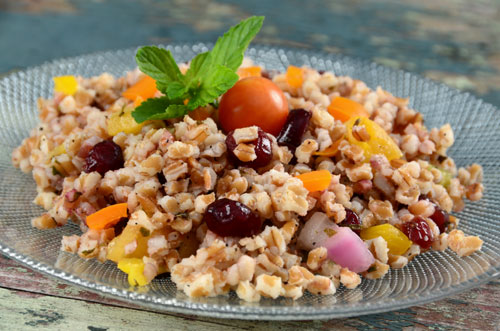 Wheat berries are the small kernels that come from the wheat plant. They aren’t a fruit, yet they retain some of the nutritional values found in fruits. The only part of the wheat berry that humans can’t consume is the husk.

Wheat berries are incredibly nutritious, easy to store, and useable in a host of different recipes, including making wheat flour.