Will Copper Nails Kill A Tree

Copper nails in a tree are one of those myths that are so often repeated that it has grown its own sort of mythology in most communities. It's like saying you’ll get a cold if you go outside in cold weather with wet hair.

No, you cannot kill a tree by hammering a copper nail into it. It might be possible if you hammered a bunch of nails into a very young tree, but its death would more likely be due to puncture holes and exposure to pests and bacteria than anything else.

What happens is the question gets asked, and, in a rush to answer it, everyone jumps on the internet, reads a few articles in the affirmative, and repeats the narrative in their own article. Before you know it, you have a whole host of articles affirming copper nails can kill a tree. 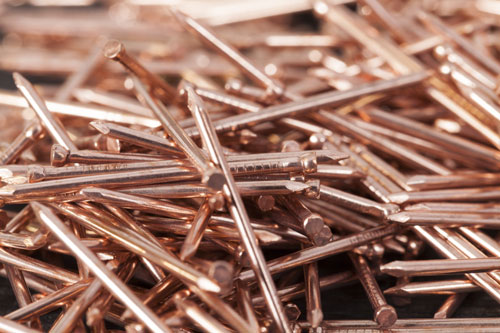 The first thing to clear up is that copper does indeed kill off the process of photosynthesis. Copper is considered toxic to plants solely because of this. If you mix copper in with algae, for instance, it will completely wipe out the algae. However, a tree is another story entirely.

Fully-grown adult trees are very large (for the most part). They can pull water and minerals from the ground in large quantities and transport those to the canopy of the tree with little issue.

It's possible that you could pound so many copper nails into the tree that it simply dies, however, it wouldn’t be from copper poisoning. It would be from the shock of the damage and the sudden exposure to the outside elements.

Copper nails are metal. Metal doesn’t convert over to liquid very easily. Metallic copper also happens to be one of the least soluble metals out there.

Various website claims that the copper seeps into the tree, poisoning it throughout, this doesn’t happen to be true because metallic copper doesn’t work that way.

How a Tree Reacts to Punctures

A tree is a living body. Just like a human body, things are going on inside a tree all the time. When you hammer a copper nail into a tree, the tree doesn’t just shrug and do nothing about it.

When bacteria or viruses invade our bodies, our bodies don’t just stand idly by and do absolutely nothing. We react, and so does the tree. It starts by walling off the puncture. It encapsulates the damaged area and repairs the wooden tissue around it.

Within the space of a day, even if metallic copper could become soluble, the tree has already blocked off any additional ingress from the copper in the nail. The worst thing you will see on the outside is a copper nail sticking out of a tree and nothing else.

The Sample is Too Small

Even if you hammered several copper nails into a large tree and, assuming that all of that metallic copper became soluble, a tree has a massive network of flowing water and nutrients throughout.

The tiny amount of potential copper that may or may not be released in the tree is negligible, especially considering the tree’s capabilities and its move to encapsulate and wall off whatever the potential threat is. 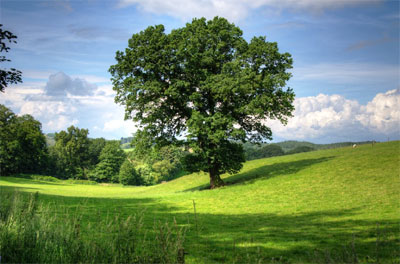 Two Things Copper Must Achieve to Kill a Tree

The second thing that would have to happen is the copper (and quite a bit of it) would have to get into the roots. Since the roots serve as the tree’s primary source of nutrients and water absorption, the copper would need to be there.

Does copper stop the act of photosynthesis? Sure, but the copper nails would have to be hammered into the tree in such numbers that it could effectively block the highway of nutrition, water, and photosynthesis activity up and down the tree.

If you were to hammer that many copper nails into a tree, you might be successful at killing it. However, it wouldn’t be because of the copper but because of the massive shock to the tree’s system, along with rapidly exposing the tree to the outside world.

The largest organ in our bodies is our skin. Not only is our skin an organ, but it's also our first shield from the bacteria and viruses of the outside world. That’s why washing your hands is so important. The skin on your hands keeps the viruses and bacteria at bay.

But once you scratch your eyes, rub your nose, or pick something out of your teeth, the virus is now inside. A tree is the same way. The copper in the nails doesn’t kill it, but the exposure made from the nail might. This is especially true if you hammer a hundred nails into a tree.

A tree is good at walling off the invading nail, but it isn’t able to do so immediately.

What Can Kill Trees?

Well, aside from the obvious method of cutting them down (not even that is absolute if the stump manages to survive), there are several ways that people can go about killing trees if it's absolutely essential to do so.

You could probably lump Epsom Salt in there with poisoning but since most people probably don’t associate Epsom Salt with poisoning trees, it deserves its own category. Poisoning or cutting down trees are probably the most predominant methods for taking them down.

If you’ve ever seen tree companies come through and take down trees, notice that they will use everything under the sun to bring them down, including all of the bolded methods listed above. You will never see them hammer copper nails into the trees because it doesn’t work.

Normally, some trees are more resistant to certain poisonings than others. Using concentrated herbicides works great on the likes of Pine trees, Oaks, Cypresses, Firs, Cedars, Palms, Maples, and Aspens. However, it doesn’t work so well in others.

This is another problem with the copper nail myth. It's never presented as a method of killing specific trees, but the word “trees” is used in an all-encompassing context. This means you are supposed to believe that hammering copper nails into a one-year-old Maple is as effective a way of killing as it would be in a Sequoia or a Redwood.

It's ludicrous on the surface, but there is never any real differentiation in the tellings. 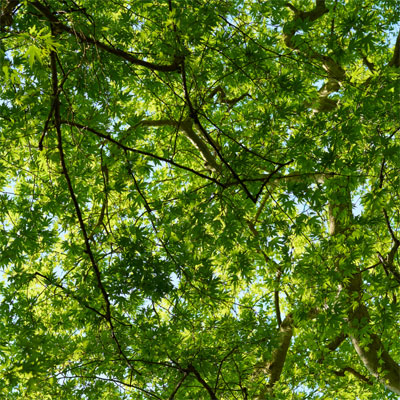 This method is most effective in a seasonal context. In other words, when the amount of sap in a tree is at its lowest. Whoever is bringing down the tree has to hack into it, usually with a hatchet.

Once the cambium of the tree is exposed, a chemical, such as Tordon, is squirted into the wound. The tree absorbs the chemical through the gaping section and dies. It sounds horrible if you’re really into trees, but that’s the way that a lot of professionals bring them down, especially in property disputes.

It works the same way by drilling a large hole in the tree, preferably at a downward angle, so the chemical mixture holds inside the hole instead of running out. It's like filling up a bottle with water.

It's called this because, when the act is done, the tree looks like it's wearing a girdle. It's a pretty easy process where a foot-long section of the tress is stripped, all the way around, of both its bark and cambium.

That’s basically it. It's like opening the circuit on an electrical wire. You cut the tree’s ability to absorb and transport water and nutrients from the root. Everything above the cut section dies and withers away, eventually toppling to the earth.

This is mostly for killing a tree stump rather than toppling a tree. It's done by drilling holes in the base at a downward angle toward the roots.

Once the holes are in place, dump Epsom Salt in them and around the base of the tree. 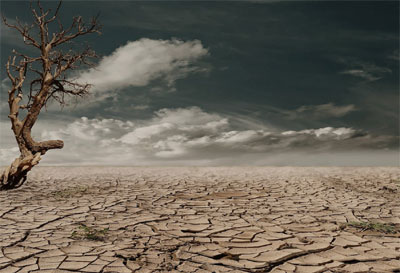 Hammering copper nails into trees is a myth. At least, it is in general. There are certainly people out there who have killed trees by knocking a bunch of copper nails into them. However, the trees likely died from the shock and the exposure rather than from the nails.

But, are You sure that You want to kill a tree? First of all, it is not always legal - before killing a tree, check with local authorities.

Second, if You want to get rid of the tree, consider reallocating it - this may cost more than killing the tree, but it also saves the tree, which can continue to grow in another location...