Does Cranberry Juice Make You Poop?

Cranberry juice is an exceptional superfood. It's loaded with antioxidants, vitamins, and minerals that place your body on a path of healthy living. While cranberry juice is known for lowering instances of urinary tract infections, what (if anything) does it have to do with your gut?

For those who suffer from IBS (Irritable Bowel Syndrome) and deal with chronic constipation because of a lack of water in their diets, cranberry juice may have some positive effects. However, there is no definitive proof that cranberry juice helps you poop. 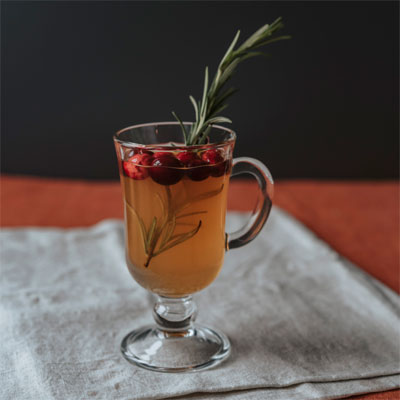 Most people who struggle with constipation don’t get enough water in their diets. Eight glasses per day are the general scientific consensus on how much water we should consume each day.

It's understandable that some people just don’t want to water. It's refreshing, but it's not exactly flavorful. Cranberry juice will happily fill that void, hydrating your body without serving as a diuretic.

The two things that give cranberry juice its distinct flavor are salicylic acid and salicylate. These two compounds are responsible for that extra tart flavor that is almost but not quite sour.

However, they do more than just give cranberry juice its tart flavoring, they also promote gut health. While good gut health doesn’t necessarily help you poop more, it does help you poop regularly. If you are someone who poops every three or four days, pooping regularly would be an increase.

Recent studies have shown that the two compounds mentioned above increase the good bacteria in your gut, decreasing the bad. Everyone has good and bad bacteria in their guts. The good bacteria are responsible for breaking down much of the food that passes into your gut, which the body then uses.

Digestion takes place to a greater degree in the small intestines and the colon than it does in the stomach. For people who deal with chronic constipation and IBS, E. coli is frequently present in the gut. Cranberry juice helps to reduce the amount of E. coli and other potentially harmful or disruptive bacteria in the gut.

Not only does it reduce the efficacy of harmful bacteria, it actively kills them. With a better gut constitution, pooping can become a more regular thing. You could view that as cranberry juice “making you poop more.”

However, what it's really doing is returning your body to a necessary balance point where your bowel movements are more regular than they were before. 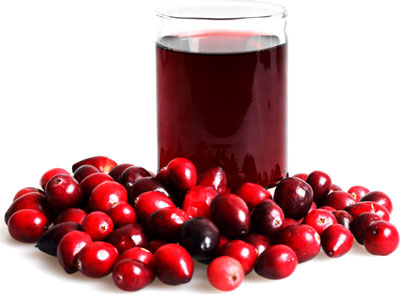 Hydration is directly related to bowel movements, not just to your rate of urination throughout the day. Anything will make you pee, especially things like coffee and energy drinks, both of which are considered to be diuretics.

Diuretics are consumables that flush water from your body. Not only are you not getting enough water in your diet, but you’re also flushing available water from your system if you indulge in caffeine-heavy products, such as coffee, energy drinks, sodas, and tea.

There is definitely a correlation between dehydration and constipation. People who consume less water are typically constipated more or poop less frequently than what is considered “regular.” Cranberry juice is not as hydrating as water, but it's pretty close.

It's close enough that it can easily be a stand-in for water consumption throughout the day, especially for those who just don’t like to drink water that much. So cranberry juice helps regulate bowel movements in two ways.

The first is through the increase in good gut bacteria that coincides with a reduction in bad gut bacteria. The second is through hydration. If you start drinking cranberry juice on a regular basis, you may notice a drastic increase in bowel movements each day.

Not only does cranberry provide you with fresh water for hydration, but it also provides electrolytes, which provide aid for your body’s systems to promote muscle growth, repair tissues, replaces red blood cells, boosts immune system functions, and so much more.

All of these things play a role in how your bowels function because so much happens as food is processed through your small intestines and colon. Your overall health has everything to do with how often and how productive your bowel movements are. It's undeniable that cranberry juice benefits your overall health.

Health benefits from consuming cranberry juice have a direct impact on your digestive system, which includes how often and how well you poop. Additional studies have revealed the power of cranberries, especially in promoting good bacteria in the gut.

H. Pylori is a harmful bacteria that is frequently found alongside the likes of E. Coli in people that are dealing with constipation and Irritable Bowel Syndrome issues. The benefit of cranberries is that they’ve been shown to halt H. Pylori in its tracks.

Cranberry Juice is an Excellent Source of Vitamins C and E

Vitamin E basically runs through your entire body, gobbling up free radicals, which makes it a potent antioxidant. It also facilitates healthy blood cells, which are necessary for gut health. Blood rushes to your stomach, intestines, and colon when you are digesting food, where it's used to help break down what you consume because it supports those organs.

Vitamin K and Vitamin B6

Though cranberry juice doesn’t supply you with levels of Vitamin K and B6 equivalent to that of C and E, it still offers 11% of your daily Vitamin K intake and 8% of B6. Vitamin K is converted to K2 in the gut and stored by your small intestine.

While Vitamin K is important for blood clotting and bone metabolism, it can’t serve these functions if your gut is not healthy enough to properly convert and store it.

Vitamin B6 aids your digestive system in a number of ways because it supplies six, major B vitamins. 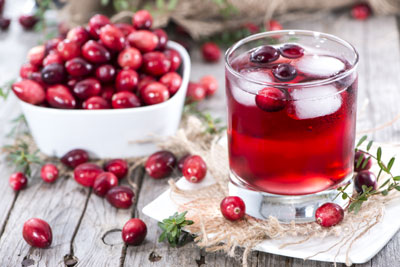 Most of the underlying causes for constipation and Irritable Bowel Syndrome are things we can control in our lives, such as our diets and lifestyles. Some of us are bound to deal with it because we have to take certain medications.

Any medicine that works as a diuretic is high in iron, an antidepressant, an opioid, or even an antacid can cause significant problems in the digestive tract. Fortunately, things like cranberry juice can help to counteract that unhealthy balance and restore some semblance of normalcy to your digestive system.

Combatting unhealthy bowel movements starts with a healthy diet change, which should include a healthy amount of cranberry juice. One of the best things you can do is increase your overall intake of fruits, vegetables, and whole grains.

Cranberry juice falls on the fruits and vegetable spectrum by providing your body with Vitamin C and other nutrients that help combat bad bacteria in your gut and other areas throughout the body.

If you are already experiencing regular, daily bowel movements, cranberry juice isn’t going to make you go more. It's not designed to do that. However, if you go once every three days and experience IBS or constipation, cranberry juice may help with that.

If it does improve your ability to go, you need to. Don’t avoid going to the bathroom just because you’re not used to going so often. That will just make an improving situation worse.

Cranberry juice doesn’t make you poop more. What it will do is help to alleviate the problems keeping you from pooping.

Most people suffer from chronic constipation and IBS because of their medications or diets, without realizing there are nutritional supplements out there that can help. Cranberry juice is certainly one of them.