Currant is a fruit native to Europe. This beautiful and tasty fruit is ideal to eat fresh or made into delicious jams and jellies, and one can get its tremendous health benefits because the fruit is a storehouse of a range of antioxidants, vitamins and minerals. However, Americans were not able to enjoy the taste and health benefits of currants around thirteen years ago because cultivation of currants was banned in the USA because of some nasty diseases, especially BCRV (Blackberry Chlorotic Ringspot Virus) and WPBR (White Pine Blister Rust). But now the bad days are over since the ban on Ribes (currant) species was lifted in 2003 by the New York State and resistant cultivars of black and red currants are available now. So, all New York State home gardeners and commercial growers can cultivate this amazing fruit legally and enjoy it. Here are some of the resistant cultivars of currant. 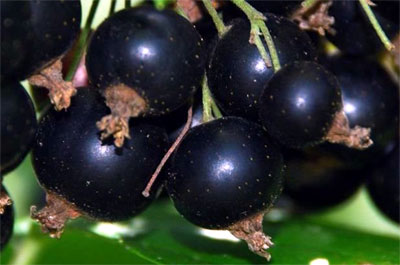 Ben Alder: Ben Alder is vulnerable to white pine blister rust; however it’s very much resistant to mildew. This is a high yielding cultivar and has an intense juice quality. Its growth pattern is upright and compact, and the berries are suitable to machine harvesting. Plants grow vigorously; however height may vary as per climate, though it grows at least to four feet. It blooms later than other black currant varieties. Harvest times lie between late July and early August.

Ben Lomond: This cultivar is vulnerable to white pine blister rust but is usually resistant to mildew. However the resistance has gone down in some regions. This is a mid-season variety and is famous for its tolerance to frost during flowering and even ripening, large fruit, high yields, longer hang time, superior stock of vitamin C and high juice quality. It attains a height of 4 ½ feet and bush is dense and spreading.

Ben Sarek: This cultivar is immune to white pine blister rust. Its prominent features are compact bush size, very large berries, high productivity and suitability to hand harvesting. Its fruit is fresh and dessert quality. It also has a high tolerance for cold and frost injury and it flowers and ripens around 7 days prior to Ben Lomond. Bush is compact with medium vigor and attains around 1 meter and 3 feet of height. Its fruit is large and yield is heavy. To support its heavy load, you can build a wire trellis or staking on either side of the row.

Titania: This cultivar is resistant to white pine blister rust and also has a good immunity against powdery mildew. It has a large fruit of high dessert quality. The bush is very vigorous and grows up to 6 feet. This cultivar achieves full maturity within 3 seasons as compared to 4 or 5 seasons taken by most other cultivars. Due to its vigorous nature, this variety is more adaptable to growth in substandard soils and also needs less manure than other varieties.

Consort: This is an early- to mid-season variety with medium-sized fruit having medium firmness and fair juice quality. It’s self-fertile with reliable set, but its productivity is rated fair. It’s vulnerable to mildew and leaf spot, but immune to WPBR.

Crusader and Coronet: These varieties are similar to Consort but need pollinators. They are resistant to WPBR but quality and yields are poor.

Tisel: This relatively new cultivar is mid-season and is a progeny of Titania. It’s very productive and fruit ripens evenly with very high content of vitamin C. It’s reportedly immune to WPBR and also has good resistance to mildew. However, it’s not yet available in the USA. 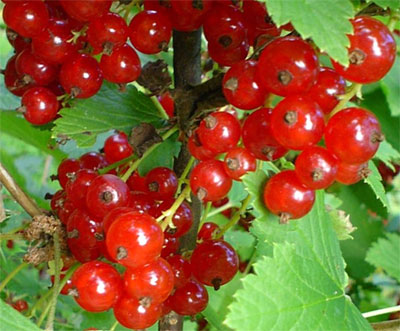 Jonkheer van Tets: This is a very popular cultivar. It’s an early season variety with bright red fruit and amazing flavor. It’s very productive too but has an untidy growth pattern. It’s best grown as cordon. It is very vulnerable to cane blight; so, you should do disease management right from its planting.

Red Lake: Another very popular red currant cultivar in North America, Red Lake is however pretty vulnerable to mildew and also has not much of tolerance to frost in late spring. It has a large-sized fruit of high juice quality. This variety gives high yields of large firm berries which ripen in mid-season.

Rovada: This red currant cultivar is immune to mildew as well as other leaf diseases. It gives huge yields on full long strigs (bunches of fruit) of very large fruit. Rovada is therefore a red currant cultivar from the commercial point of view too. However, it is vulnerable to cane blight and needs disease management from the beginning.

Tatran: Tatran is a red currant that ripens late and has exceptionally long strigs. It’s very winter-robust and is commercially accepted as a late ripening cultivar of good potential for prolonging the u-pick season.

Blanka: This is an easy to grow and very reliable variety. It offers heavy yields, has long clusters, good shelf life and some tolerance to spring frost when it blooms in mid-spring. The bush is very vigorous with a little spreading growth pattern. Its fruit is opaque, large and beige in color.

Primus: Fruits of this cultivar are translucent white with a yellow tinge. Bush grows vigorously and upright giving high yields, but isn’t as good-looking as Blanka.
Pink Champagne: This variety has a very beautiful translucent pink fruit of very good, sweet flavor and quality. It’s easy to grow and extremely suitable to home gardens as well as u-pick and green market. Pink Champagne is vulnerable to berry run-off because of having incomplete strigs. So, it’s considered to be a shy yielder. But its good flavor and quality of fruit compensate for shy yield. Growth pattern is vigorous and upright and it’s immune to leaf diseases.

Cascade: This red currant cultivar is early season and its fruit is large and medium to dark red. It has short strigs. Plants are slightly spreading and erect, and have medium vigor and productivity. Berries should be picked immediately because they are vulnerable to sunscald.
Wilder: This is a mid- to late-season variety with large fruit that is dark red in color and with sub-acid, produced in compact, large clusters. Bush is large, upright and productive. It’s immune to leaf spots.

White Imperial: A mid-season variety, White Imperial is one of the most commonly available varieties of white currant. It has small fruits with the lowest tartness, on long strigs. It gives moderate yields. Plant has a spreading growth pattern.

Detvan: This is a mid-season variety from Slovakia with large, upright, robust plants. Fruits too are large, produced on very long strigs, usually as many as 25-30 fruits per strig; so, it’s very high yielding. It has a good immunity against gray mold. It should be cultivated with minimum five-foot row centers.

This is just a small list of possible and desirable currants in small and home gardens. Over time, new disease resistant cultivars will emerge and if you happen to have a chance to try them - do that! And enjoy this very decorative and healthy fruit.