Since the tiny, bright red, attractive-looking goji berries are getting increasingly popular, scientists have got interested in their health benefits and are getting evidences that these tiny fruits are actually powerhouses and can be called ‘superfood’.

Goji berries are believed to boost the immune system, are beneficial for diabetes, protect against cancer and heart disease, and help prevent premature aging. 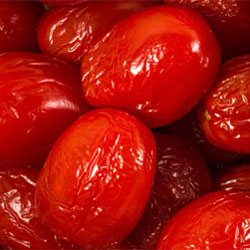 The scientific name of goji berries is Lycium barbarum. It’s famous by many other names such as wolfberries, gougizi, and fructus lycil. Dried goji berries are long being used in traditional Chinese medicine for over 2,000 years.

Goji berries are sweet to taste and one can eat them raw or as an herbal tea or juice. They can even be consumed as tablets, powders, and extracts.

As such, all red or dark blue berries, including goji berries, are packed with antioxidants that protect one’s body from the damage caused by free radicals.

However, goji berries are still unique because they contain a certain group of antioxidants named Lycium barbarum polysaccharides, which are believed to offer a lot of remarkable health benefits.

Moreover, goji berries contain 11 essential amino acids, which are more than any other berries.

Although the amount of nutrients in goji berries varies depending on their freshness, type, and how they’re processed, in general, the nutritional content in these berries is very high. They contain protein, Vitamins A, B1, B2, and C, and micronutrients such as copper, selenium, potassium, iron, and zinc. Plus, they provide a high amount of fiber, necessary for the health of blood vessels and digestive tract.

Vitamin C is also present in goji berries in a significant amount. By weight, it’s almost equal to vitamin C in oranges and fresh lemons.

Since there are plenty of proteins and fiber in goji berries, these berries may keep one fuller for longer.
A serving of 100gm of goji berries provides about 11gm of protein, whereas 100gm servings of raspberries or blueberries contain only 1gm of protein.

The high amount of copper, zinc, selenium, and iron in goji berries contributes to the proper functioning of one’s organs, helps optimize metabolism, and protects cells.

Goji berries have a significantly high ORAC or oxygen radical absorbance capacity i.e. 3,290. This rating is an indication of the amount of antioxidants in foods.

It should be noted that the ORAC values are determined from test-tube studies; hence, goji berries may not essentially have the same effects on the human body. However, there is enough evidence that goji berries can improve antioxidant levels in humans.

A study conducted on 50 healthy adults observed that antioxidant markers increased by more than 8% when the participants drank 4 ounces (120ml) concentrated goji berry juice a day compared to those who didn’t drink the juice.

Another study performed on healthy elderly women and men observed that consuming a milk-based goji berry drink every day for 90 days increased levels of antioxidant zeaxanthin by 26% and improved overall antioxidant capacity by 57%.

This is an important health benefit of goji berries because antioxidants consumed through diet are believed to be important, especially for protection against chronic diseases.

Concentrated goji berry juice, if consumed regularly, can improve the antioxidant level in the body.

In animal studies, it has been found that consuming goji berry extract may positively affect cholesterol levels.

When rabbits with high cholesterol levels were given goji berry extract for 10 days, their total cholesterol and triglyceride levels reduced, while “good” (HDL) cholesterol increased.

The authors of the study expressed an opinion that the improvement was possibly due to the antioxidant polysaccharides and vitamins in the goji berry extract.

Another study showed that rats with diabetes when given 10mg of goji berry extract every day for 3 weeks showed reduced cholesterol and triglyceride levels.

Both animal and human studies are available about the goji berry benefits to prevent cancerous growth.

Test-tube studies have revealed that goji berry extract inhibits the growth of cancer cells, prevents them from spreading, and even destroys them.

Another study in rats showed that regularly taking a diet of goji berries hindered the progression of cancerous tumors. It should be noted that acai berries, raspberries, blueberries, strawberries, and noni fruit too offered the same amount of this benefit.

It’s believed that the tumor-hindering benefits of goji berries are possibly due to their ability to improve antioxidant levels and reduce amounts of inflammatory cytokines IL-5 and IL-8 in the blood.

A study in 79 cancer patients showed that those who received concentrated goji berry extract in addition to immunotherapy showed a 25% higher rate of cancer reversion as against those who were given immunotherapy alone.

The anti-cancer benefits of goji berries are also believed to be due to the antioxidants present in them.

However, it should be noted that these effects are shown only with concentrated extracts of the berries and not the berries themselves.

Goji berry extract has been found to have beneficial effects on blood sugar control in animal and test-tube studies.

In studies in which rats with type 2 diabetes were given goji berry polysaccharide extract for four weeks, it was found that the blood glucose level reduced in almost 35% of the rats.

These beneficial effects on blood sugar too are believed to be due to the antioxidant activity in goji berry extract.

Studies also have revealed that goji berry extract boosts insulin sensitivity by inducing the pancreas for insulin secretion and by enhancing the absorption of glucose into cells through the transporter molecule GLUT4.

However, these studies have been conducted only on animals and it’s still not clear if humans too have the same positive effects.

Promising results have been found of research which suggests that goji berries may promote eye health and prevent ailments like macular degeneration, a progressive eye disorder that can cause vision loss.

A study done on 150 older adults for 90 days showed that goji berry supplements increased antioxidant levels in blood, prevented hypopigmentation of the macula (the middle part of the retina) and helped unstiffen fat and protein deposits under the retina.

Goji berries also have a rich concentration of antioxidants like zeaxanthin which protect one’s lenses and retinas from getting damaged. Zeaxanthin has also been found to protect eyes from UV rays and free radicals.

A study published in the journal Optometry and Vision Science of the American Academy of Optometry stated that seniors who consumed goji berry juice for 90 days were found with significantly increased concentrations of zeaxanthin and other antioxidants in their body.

Another study published in the journal Drug Design, Development and Therapy stated that goji berries protect the retina from the ganglion cells causing glaucoma, a disorder that can result in vision loss.

May Help Improve the Immune System

In a study conducted in 60 healthy senior adults who were given 3.4 oz. (100ml) concentrated goji berry juice every day for 30 days, it was seen that their immune function significantly improved.

To be exact, it improved lymphocytes, white blood cells that protect the body from harmful viruses and bacteria.
In another study performed with 150 senior adults for 3 months, it was found that goji berry supplements enhanced immune function in response to an influenza vaccine.

In some animal studies, it has been found that goji berry extract improved the production of T-lymphocytes.

May have an Anti-aging Effect

Since goji berries are full of unique antioxidants, they may help fight against aging since these antioxidants prevent free radicals from destroying collagen in the skin.

There are a few small studies available that show that goji berry extract may help delay the aging process in cells.

A study on mice and a test-tube study have shown that goji berry extract prevents glycation, a skin-aging process, and boosts DNA synthesis in certain cells preventing their aging caused by DNA damage.

Although animal and test-tube studies have given promising results of the anti-aging benefits due to antioxidants in goji berries, more human studies are required.

Beta-carotene is an important ingredient of goji berries which is an essential phytochemical and is known to improve skin health.

Beta-carotene is added to skincare products for:

- Reducing the harmful effects of the sun

- Reducing the aging of skin

Research done on rats has found that goji berries can improve anxiety and depression.
Another study conducted on humans showed that drinking goji berry juice can improve mood, energy, and health of the digestive system.

The study was done on healthy adults who received 120ml of goji berry juice every day or a placebo drink for 14 days and they had to complete a questionnaire regarding their psychological and neurological health, feeling of well-being, cardiovascular and digestive complaints, and musculoskeletal symptoms, along with the adverse effect of the juice each day.

Also, participants’ body mass, blood pressure, vision, pulse, and weight were measured before and after 14 days.
Those who received goji berry juice showed improvement in the ability to focus, energy, mental acuity, feelings of contentment and calmness, and athletic performance by day 15.

It has been found that people consuming concentrated goji berry extract or juice get their energy improved.

Mice that received goji berry extract adapted sooner to certain exercises. They even revealed enhanced performance and better recovery after an exercise test.

It’s also believed that goji berry extract could improve the formation of muscle and liver glycogen, a storage form of glucose that helps in maintaining physical activity.

It may even expedite the removal of blood urea nitrogen, a waste product produced after a strenuous workout.

May be Beneficial in Weight Loss

Certain properties of goji berries have been found to make them helpful in weight loss.

For example, their high fiber content can help control appetite and blood sugar, thus helping one feel full for longer. Goji berries even have a low glycemic index (GI). This value of foods and drinks indicates the effect those foods and drinks will have on one’s blood sugar levels after eating them.

Since low-GI foods like goji berries release sugar more slowly into the blood, they’re believed to help improve the feeling of fullness and reduce cravings.

Some proofs are also available that goji berries may increase metabolic rate and thus help in weight loss.
In a study done on healthy overweight women and men, some of the participants received a dose of 4 oz. (120ml) concentrated goji berry juice and their ability to burn calories increased by 10% after an hour than the participants who didn’t receive the juice.

Also, when participants received goji berry juice for 14 days, their waist circumference reduced by an average of 4.7cm (1.9 inches) as compared to those who were not given the juice.

Goji berries have no side effects as such when consumed by healthy adults in moderation as a part of a balanced diet.
However, in rare cases, goji berries may cause an allergic reaction, particularly in people having allergies to other fruits.

Also, goji berries may interact with some drugs including blood thinners and medications for high blood pressure and diabetes.

Even pregnant ladies should eat goji berries with caution because they contain betaine, a compound that may cause damage to fetal health. Still, more research is required to determine if goji berries are safe to eat during pregnancy.

If one is having a health condition or taking certain medications, they should seek their doctor’s advice as to whether to start eating goji berries or not.

Long Story Short: As one can see Goji berries may be rather beneficial, but as always, there is no such thing as the 'perfect superfood'.

But, if there are no reasons for You to avoid Goji berries, having them here and there can be a part of a balanced, healthy diet.