How to Grow Rosemary

Rosemary is an evergreen, fragrant and delicious herb, and its botanical name is Rosmarinus officinalis. It’s native to the Mediterranean and is used in cooking, for making body perfumes, and for its health benefits as well.

This perennial (completes its lifecycle in 3 or more years) herb occurs in the USDA Hardiness Zones 8 and warmer. It can also be grown as an annual (completes its lifecycle in 1 year). It can be planted in the garden and, depending upon the variety, can become up to 4 to 6 feet in height and can spread up to 4 feet wide. Anyone would wish to grow this pretty-looking, sweet-scented and useful herb. 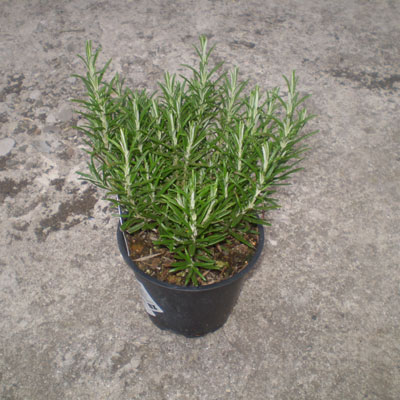 Rosemary is not very difficult to grow, and once it’s well-rooted, it will keep thriving for years. If gardeners in the colder zones wish to grow rosemary, they can grow it in containers so that they can bring the containers indoors during winter to help it survive.

There are several varieties of rosemary, each having slightly different properties. Some of the varieties grow very tall and bushy, whereas others may trail. Flower colors and leaf sizes and shapes also may vary. Some have blue or purple flowers, while others may have white flowers.

Standard rosemary grows up to around 2 meters (6 feet) tall. However, it reaches this height very slowly. The dwarf variety attains a height of around 45cm (18”). This is suitable for container growing.

Rosemary can be grown from cuttings as well as from seeds. Also, a small plant or seedling can be bought from a nursery if the grower doesn’t wish to propagate a cutting.

However, growing it from cuttings is the easiest method. Although seeds of rosemary are easily available and typically cheap, their germination rate is generally only around 15%, and seeds take a long time to germinate and grow.

A grower can get a cutting from a friend who has rosemary plants in their garden or from a community garden by asking for a cutting there. If the grower wishes to grow a variety that is not very common or doesn’t occur at all in their area, a cutting can be ordered online, or the help of a local nursery can be sought to get one.

A 3-inch piece from a rosemary plant should be clipped off to propagate. This is best done in the late spring; however, if the climate is warmer, this can also be done during early autumn. The plants grown from cuttings will have the same properties as that of the original plant.

Leaves on the lower section (around 1 ½ inch from the end) of the stem of the cutting should be stripped off. This is very important because if these leaves are left on the stem, they will make the stem rot instead of growing.

While preparing the soil for planting rosemary, all rocks, weeds, shrubs, plant debris, and tree roots should be removed from the soil. A sample of the soil should be tested to determine its fertility level.

If required, the soil should be fertilized depending on the test results to provide nutrition from organic matter or compost. If the pH is too low, lime should be added to make the soil more alkaline.

The surface should be added with around 4 inches of compost or organic matter, which then should be incorporated with a rototiller or a pitchfork to a depth of 6-8 inches. Slightly mounded or raised beds provide the best drainage for rosemary plants.

The planted cuttings should be placed in a warm spot until they develop roots and should be watered regularly. Roots develop in around three weeks. In around 8 weeks, the plants become well-rooted and are ready for transplanting to their permanent location.

To help the cuttings grow vigorously, the entire pot should be covered with a plastic bag with a few holes punctured on its top. Due to this, the temperature will be regulated, and the air around the plant will be kept moist and warm.

Also, the tips of the cuttings can be dipped in rooting powder to give them a head start. 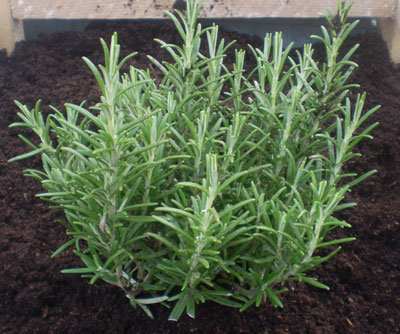 Once the roots are developed, the rosemary can be planted either in containers or outdoors. Rosemary is a wonderful plant that adapts to most growing conditions and is pretty hardy. It has no problem with limestone, snow, seaside, high temperatures, and any kind of soil. However, it grows to its best in a warm to a hot and fairly dry climate.

The grower should first decide whether they want to grow rosemary in pots or as a shrub in the garden. Rosemary can even be trained as a pleasantly scented hedge. If the climate is cool, containers may be the best option because they can be brought in if required.

For planting in the garden, the cutting should be potted once so as to help it develop more roots and gain vigor before being planted outside. Then soil should be chosen that drains well. If the soil is waterlogged, there can be root rot. The more alkaline the soil, the more fragrant the plant will become.

Thus, if the soil is too acidic, some lime should be dug in. The preferred soil pH is between 6.0 and 7.0.

Rosemary grows best in full sun. It should receive sun at least for 6 hours every day. But it can also live in part shade as long as the soil is well-drained. If the grower plans to use rosemary as a perennial plant, the site for planting should not be disturbed by tilling.

What if Rosemary Plant is to be Transplanted into Bigger Pots?

Evergreens like rosemary stay green year-round but grow slowly during winter. Thus, this is the ideal and safest time for transplantation.

Since rosemary loves drier soil more, watering should not be overdone. It will love average garden watering. It’s happy to source most of its water from rain. Sometimes it may be tough to decide when a rosemary plant requires water since its needles don’t wilt like broad leaves.

But on average, rosemary should be watered every 1 to 2 weeks, according to the climate and plant size.

If a grower’s rosemary dries up even after keeping water, the sand might be too heavy. Compost soil should be used in this case. It’s very soft and nutritious for rosemary.

No Need for Fertilizers

Rosemary is an herb that doesn’t need fertilizers. However, it should be ensured the soil contains some lime. If growth is slow or stunted or the plants look pale yellow, fertilizer should be applied in early spring before the emergence of new growth.

Any all-purpose fertilizer in liquid or dry form can work well as long as it’s used correctly. Avoid applying fertilizer straight on the plant to prevent leaf burn.

Keeping the Containers Indoors in Winter

If the grower lives in a cold area, they should plant rosemary in containers and bring the containers indoors in winter. In very cold weather (0°F or less), branches of rosemary can get damaged if laden with heavy snow.

If the winter lows in the grower’s area don’t drop down to 0°F, they don’t need to bring the plant indoors.

Rosemary plant doesn’t require pruning for its health. However, the plants grow quite big and occupy a lot of garden space. Therefore a few inches of the branches should be cut back in every spring to give them a nice manageable shape.

Rosemary is a wonderful plant also because it’s resistant to most pests. Still, if scales, mealy bugs, spittlebugs, aphids, whiteflies, or spider mites appear, any organic insecticides or insecticidal soap should be used.

Scales are sedentary insects, so the best solution for them is to clip off and remove the infested plant tips.

For mealy bugs, the plants should be sprayed with pyrethrum soap, water, or a soap-based insecticide.

Sap-sucking insects are usually more prevalent in areas where excessive nitrogen fertilizer is applied. Most insect problems can be avoided with proper fertilizing.

Rosemary is a wonderful plant also because it’s resistant to most diseases. However, some cases of powdery mildew have been reported. The plants should be checked regularly, and proper fungicides should be applied as needed to prevent the disease from spreading.

Leaves of rosemary leaves should be picked as required. The plant will happily continue growing. Since this is an evergreen plant, it can be harvested all through the year. Still, care should be taken not to harvest too often as rosemary grows very slowly.

The sprigs should be stored in a cool, dry place. They can even be refrigerated by placing them in food storage bags. Another alternative is to strip the leaves from stems and store in airtight jars. This way, rosemary will slowly dry out and will go on for many months. 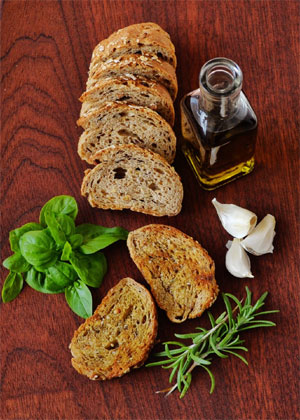 Rosemary is wonderful also because it can complement sweet as well as savory dishes. It can be used to add depth to chicken, meat, butter, bread, and even ice cream.

Delicious recipes like rosemary syrup, marinated pork, herb bread, and rosemary-lemon sorbet can be made with rosemary. There is no need to dry rosemary to use it in cooking and eating. A fresh twig can also be added to dishes.

Rosemary tea can also be made with fresh or dried rosemary, around one sprig per cup. It should be steeped moderately because steeping for longer can result in a stronger aroma and bitterness.

Rosemary can even be used around the house. It can be dried, and a scented drawer sachet can be formed from it.

It can also be used in homemade soap and added to bathing water to make it fragrant and to make the user’s hair soft and shiny. The grower can even just brush against their rosemary plant to enjoy a fresh burst of its heartening fragrance.

The simple process of growing rosemary is worth enjoying.