How to Cut and Serve a Watermelon

Watermelons can be cut in many ways, but most often the simplest way is the best. For me, that means removing both ends of the fruit and then cutting watermelon in slices.

Watermelon can be served in slices or in smaller chunks. 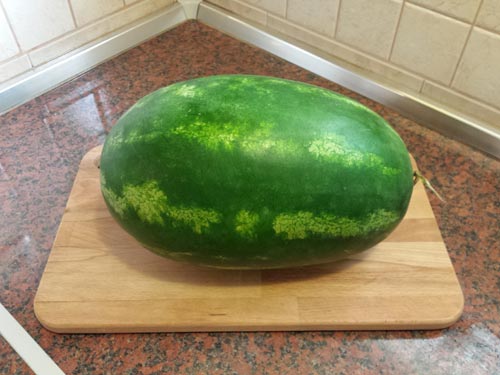 Note: tendril on the photo is half-dead, almost dead - sing of ripe watermelon.

This watermelon is fully ripe, even some parts show signs of being a little bit overripe. 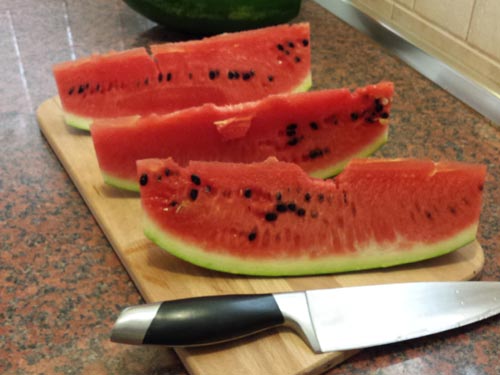 The easiest way to serve watermelons is to cut them in slices. Using a thin knife (filleting knife, for example), one can even remove most of the seeds.

And that is all. Note that watermelons should be cooled in the fridge prior to cutting. When cut, it is exposed to the air and it starts slowly to lose quality. 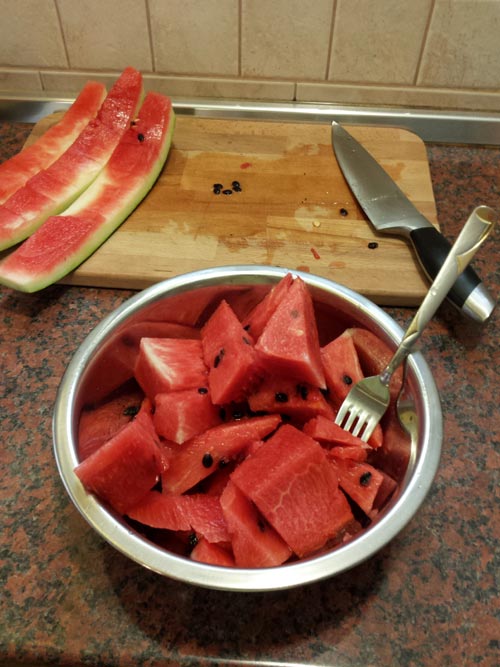 Serve and enjoy it :)