Open-Pollinated vs. Heirloom vs. Hybrid Tomatoes - What's The Difference?

When growing tomatoes and other berries and plants in general, terms like open-pollinated, heirloom and hybrid seeds and varieties are commonly mentioned. But, what is actually the difference between those three? 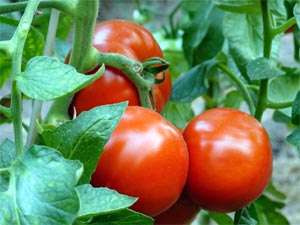 Open-pollinated tomatoes are those that require pollination by the wind, insects or the gardener (especially when tomatoes are grown indoors) to set the tomatoes and produce seeds.

That means that if you have 'San Marzano' tomatoes planted in your garden far away from other tomatoes (to avoid cross-pollination, or at least avoid it as much as possible), new generation of seeds will produce 'San Marzanos' next year.

Heirloom tomatoes are those plants that have been around for at least 50 years (or perhaps somewhat shorter, depending on definition, but they are around for decades) and are open-pollinated. Unless grown inside, there are no restrictions on the pollen flow between tomato plants, leading to more genetically diverse plants with a larger amount of genetic variations.

Heirloom varieties are passed down within a family or community for generations, leading to the plants that have adapted to local growing conditions like climate and soil. Often gardeners mix varieties and by giving them 'fresh blood', they create their local varieties that often don't even have official names. Such varieties can be somewhat genetically unstable, but any instability is lost after few generations of careful selection.

From time to time, one can find varieties marketed as 'new heirloom' or similar. Such varieties are, at best, just new open- or self-pollinated varieties of tomatoes or other plants.

IMHO, that is true, but hybrid tomatoes also deserve a chance in a small garden :) 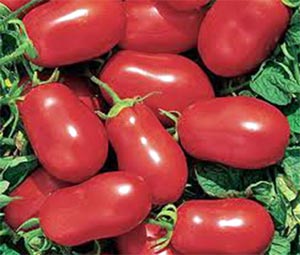 Tomato hybridization is a controlled pollination in which two different varieties are combined by humans - pollen is transferred often using small air pumps in controlled, enclosed environment like greenhouses or similar.

Hybridization can occur naturally, of course, but hybrid tomatoes are deliberately produced in order to achieve desired properties.

Hybridized plants tend to grow better and produce more fruits than their parents. However, such plants are not genetically stable and second generation of such tomatoes will be less vigorous and will produce less fruits of questionable quality.

Hybrid seeds must be purchased every year. Even such plants can be become stable, open-pollinated tomatoes in several generations by careful selection. However, why bother stabilizing them, with all those great heirloom tomatoes around?

If you grow heirloom tomatoes for seeds, be sure to keep them away from other tomato varieties, regardless if other varieties are heirloom or hybrid tomatoes.